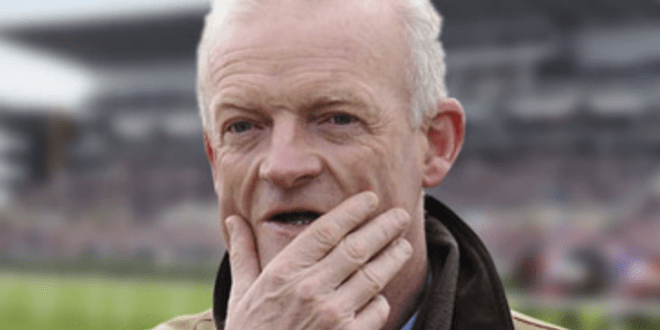 Day 2 of the Dublin Festival

I have set my bar high with that 14/1 winner yesterday but here we have three handicaps and the Bumper to bet with.

Some great racing through the card and if I find another 14/1 winner I’ll be delighted.

In a race named in the honour of his father, Willie Mullins sends out two very interesting candidates here.

Sapphire Lady looks sure to appreciate the good ground, being out of the sire Beneficial. At the Galway Summer festival, over 20 furlongs proved her attacking front running tactics were nearly spot on when beaten 3/4 length by Calie Du Mesnil, with classy flat performer Exchange Rate back in third, pulling clear of the rest in a novice hurdle.

A couple of indifferent runs before slamming her rivals by 7.5 lengths in a moderate mares hurdles race at Wexford over 20 furlongs. Ran in her first handicap off a mark of 128, the Baroneracing Grade A handicap hurdle over 16 furlongs. Ran a super race (6th of 21), only beaten 4.5 lengths by Wonder Laish. Interestingly The ladbroke hurdle winner, Off You Go, finished 3 lengths back in 8th place.

That was a very, very strong piece of form and the fact she now races against her own sex and now off just a 1lb higher mark of 129, the return to 18 furlongs is a major plus here also. Will surely take bit of stopping from the front. Paul Townend takes the mount and has a great clock in his head. He will try make all the running and fend off any challengers.

The stablemate here called Cut The Mustard is one that may just chase home her stablemate.

Running in her third handicap here off a mark of 128. Probably needed the run when beaten just under 6 lengths in The Baroneracing Grade A handicap hurdle, just 1.5 lengths behind stablemate Sapphire Lady. Stepped up on that form when chasing home Jetez (heavily backed in Ladbroke yesterday, disappointed though), in a strong handicap hurdle over 16 furlongs at Leopardstown Christmas Festival, eating up the ground in the closing stages. The step up in trip to 18 furlongs sure to suit, as won it’s maiden hurdle over 20 furlongs at Punchestown. The application of first time headgear is very interesting and Ruby picks this one also, so may have some significance. Both look worth backing to a medium stake.

A very strong fancy, Pleasure Dome is the unexposed flat bred mare by Makfi. A 3 times winner on the flat when trained in the UK by Peter Chapple-Hyam, winning handicaps off 75 & 81 respectively.

A horse with a definite preference for better ground. Started life at the Mullins barn off a lowly mark of 108 when winning a novice hurdle at Ballinrobe over 22 furlongs on good ground.

Followed that effort with an impressive victory on handicap hurdle debut off a mark of 118 over a trip just shy of 3 miles winning ‘cosily’. Tried to ‘make-all’ when rated 131, only to be denied late on by Awayinthewest, in desperate heavy ground conditions at Galway over 21.5 furlongs.

Not beaten far off 84 in the very valuable (59k to winner), in the Naas November handicap.

Danny Mullins made a complete mess of the race, the horse was ‘tanking’ but Danny tried to take the “brave man’s route” up the inside rail of a wall of horses but could not get a run. At the same time the horse was using up valuable petrol. When in the clear he ran on strongly. The rating of 130 is left untouched. A big blunder by the handicapper as should have won the Grade 2 and have at least 5-7lb extra here. Runs in just her second handicap here and must have an extremely strong chance of scooping the €51k first prize for Walsh/Mullins back in calmer waters of a handicap, and better ground.

The other horse I like here, at a massive price, is Jimmy Breekie. A previous maiden hurdle at Navan over 16f, bounced back to form in first-time tongue strap at Navan over 22.5 furlongs, off 122, when not beaten far by three very progressive sorts. Only 1lb rise for that run seemed more then fair. Very strong form at Fairyhouse at tailend of 2017, a third placing, again not beaten far, when surrounded by future winners off 123.

Trainer reported a strong favour for good ground when winning a novice hurdle over 20f at Perth in the summer 2017. I thought may have got away lightly here off 123 in a decent Grade B handicap hurdle over 20 furlongs at Navan a couple of weeks ago. Unfortunately Patrick Corbett tried the brave man’s route also, when the door was rightly closed on him. Beaten 1 and 3/4 lengths and 3/4 lengths by two very progressive horses called Augusta Gold and Chatham Street Lad.

Very strong piece of form and got away with just a 2lb rise for that defeat off 125 and Corbett takes a good 3lb off.

Crawford stable has had a couple winners of late. A strong traveller who appreciates a decent gallop, should get this here.

Cubomania has been crying out for a trip and I am delighted that Elliot has stepped him up to 20 furlongs today. I strongly fancy this strong traveller.

Was in the process of running a stormer in the Drinmore Novice Chase (20f), when a 50-1 shot but fell two out.

The form of that race has worked out extremely good (Delta Work from Le Richbourg).

Interestingly I feel the 4th that day, Cadmium, was beaten by the selection before departing the scene two out.

The decision to drop him back to 17f on his next two starts is a bit strange, the first time Russell rode him at Leopardstown Christmas Festival off 137. Was well off the pace and finished with a strong burst of speed in the closing stages to finish a decent placing to easy back-back winner of that race Tisamystery.

In Dan Moore at Fairyhouse over 17f, ran off a mark of 139 and ran a belter to be beaten, running on strongly, just 1/2 length second to Duca De Thaix who previously won off a 10lb lower mark. Very strong form.

The return to 20f will be perfect, Jack Kennedy back in the saddle (1 from 2 on him). Big player here and no horse will be running on strongly up that deceptively stiff uphill finish.

The other horse for me is Landofhopeandglory. Trained by the dual purpose genius, Joseph O’Brien.

A 144 rated hurdler, can race here off a mark of a mere 130 and a racing weight of 10-1,Luke Dempsey will ride as Mark Walsh could not do the weight.

Rated 101 on the flat when trained by father Aidan.

The fast ground here will be perfect as all his strong form as a juvenile hurdler was on better ground. Very lightly raced with a big race like this long in the back of the minds of connections.

Won a novice chase in the Summer of 2017 at Kilbeggan over 20 furlongs, before winning a Grade 3 novice chase at Roscommon in September 2017. Unseated in this race last year off a mark of 126. Has only raced 3 times since that.

Unplaced over hurdles at Fairyhouse Easter festival, before needing the run in a good Grade B handicap chase at Navan in early December. Stepped up massively when a never nearer 5th of 16 runners, beaten just under 6 lengths in the Tim Duggan Memorial, at the Limerick Xmas festival.

Made a very bad mistake 4 fences out and was hampered two out. The way he travelled was very eye-catching.

That was off a mark of 130 and that is the mark it remains. The better ground should suit also and is another relatively strong fancy.

Peter Fahey is an ultra shrewd handler, who does an excellent job with his ”Bumper” runners, usually landing tidy gambles in the process.

A Grade 2 in name for this mares only bumper and the ultra consistent Two Shoe Tom deserves to get her break, with figures of 54222 in her bumper campaign.

Three runs ago at Navan only found Column of Fire to good (Won Grade 1 yesterday and previously second in a strong Punchestown bumper). The “in between” second (2 mile listed mares bumper), at Navan was the strongest piece of form in this race by far.

Travelled extremely well only not being able to match the turn of foot shown by Barrington Court.

Beat the rest of the field home that included 6 previous winners in the line up, including Caravation, Yukon Lil, Tens Or Better (who won since), Queens Boulevard etc.

That was a Listed Mares contest and an extremely deep race of its nature.

The last day, over course and distance at Leopardstown, maybe Richie Deegan went too soon,only agonisingly run down in the closing stages, beaten a length by Exit Poll.

That was traditionally a very strong 4-y-o bumper on St.Stephens Day at Leopardstown.

Interestingly Mullins and Elliot had the 4th and 5th that day, with the two strong representatives, going off at 11/8 and 6/4.

A repeat of any of the last 3 runs here would make this daughter of Westerner extremely hard to beat.

As it is a Grade 2 one cannot claim here so a major disadvantage to those who, for example, claim 7lb but need to compete against non-claiming amateurs.

Declan Lavery steps in here and has no claim. He has been on the bumper scene in Ireland for many a year and think he works for the bumper ‘KING’ Willie Mullins.

Has to be a very strong fancy here.