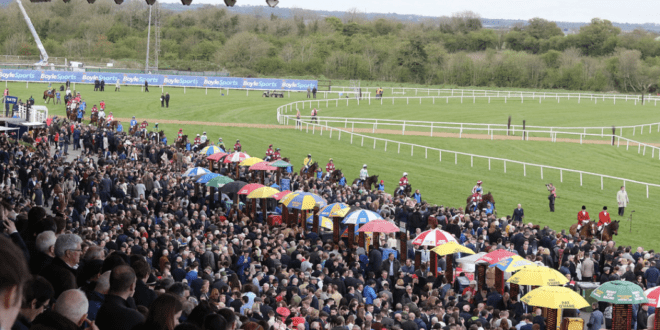 Rock up for coffee at Fairyhouse!

Two races from Fairyhouse offering up decent betting opportunities and hopefully we see a profitable afternoon from my side of the Irish Sea.

There are two interesting horses in the market here. A valuable pot on offer here of just under €16k to the winner. JP McManus has won two of the last three renewals of this contest with a 5-y-o. I like the look of the unexposed Rock De Baune. Out of the sire Sadex. An ex-French recruit and has major scope for improvement here.
His last three runs have all been encouraging off marks of 120/120/121. A decent effort off 120 at Galway in October 2016, when running on strongly at the death over an inadequate trip of 2 miles, eventually being beaten 12.75 lengths when 5th/12 runners by a big improver called Hearts or Trumps. He was off a 149 day break also, so easily forgiven.
The penultimate start over 2miles 4 furlongs at Fairyhouse he never got a chance when well beaten by a pillar to post easy victor in the shape of Nobody Home finishing 6th/14 runners and eased by Walsh when knew it faced an impossible task.
Ran a blinder the last day over 3 miles in the Pertemps qualifier at Leopardstown finishing 5th/23 runners. That is traditionally a very hot contest. Cuneo, the winner, has ran very well since, the second, Walk To Freedom, had strong form previous to that race and the third placing, Thermistocles, also showed strong previous form.
Rock De Baune showed nice progress two furlongs out and the drop in trip is sure to suit. A repeat of that last run would see him a tough nut to crack here. Encouraging to see the trainer of this one, ace veteran John Kiely, sending out a placed horse the other day, as the stable form is not so encouraging of late. However, holds a serious chance here off a mark of 121 and a nice racing weight of 10-7. Mark Walsh takes the steer and is interesting as he had a choice of three.
One of the other three here, The Big Lense, is tough to leave out of the staking plan. Out of the crack sire Court Cave, and trained by the amazing Gordon Elliot. This one may slip under the radar as has been off the track for 132 days and Elliot has said it “may” need the run. Certainly, it may need the run, however week in week out Elliot says this about various horses coming off breaks and they go in at monster prices.
Hopefully, this one slides out to a big number on the ”machine”. On it’s penultimate outing, created a very good impression when romping home in a maiden hurdle at Bellewstown over 2 miles 4 furlongs, in a first time tongue strap and typical of a Court Cave showing a really nice finishing ”kick”, beating Ozzies Way by a going away 4.5 lengths.
The last day went off a 2-1 fav over 3 miles at Limerick, when never featuring off an opening mark of 117, finishing 6th/9 runners. Remains on that mark today and worth forgiving that poor showing. Mark ”Fish” Elliot rides off the low weight here of 10-5 and if ready to roll. Entitled to be much shorter in the market and may just outrun his price.
Recommended Stakes:
0.75pt win Rock De Baume @ 11-2 (General)
0.5pt win The Big Lense @ 16-1 (Bet365)
3.25 Fairyhouse
A very competitive event. I like a couple here.
First up is The Cappucino Man. Fairyhouse is the local track for Oli McKiernan. Has run very well on his last two outings and is the clear form pick here for me. Running off a mark of 95 on his penultimate start, beaten a never nearer 1.5 lengths over 2 miles finishing 3rd/20 runners. That was a strong 80-102 event.
The last day off a mark of 97 at Naas over 2 miles, unsure was asked for a ”maximum effort” when beaten 2.25 lengths, 4th/20 runners, by Eviscerating in a 80-109 handicap hurdle.
Has been placed over longer trips, twice in bumpers and once in a handicap hurdle. The step up to 2 miles 4 furlongs is sure to suit this horse, very obvious chance however at around the 7-1 mark may be over-priced here.
The other one I like here is the John Carr trained gelded son of Yeats called Fr Gilligansvoyge. In form pilot Donagh Meyler looks a significant booking for this lightly raced sort, running off a lovely racing weight of 10-5.
Started life in handicap hurdles this time last year off an opening mark of 95, has now dropped 14 pounds to a mark of 81. Ran very well on his last two starts.
The first one at Fairyhouse off 80 over course and distance of 20 furlongs, in second time in the combination of tongue strap/cheek-pieces, the jockey did not ask for a ”maximum effort” when beaten two lengths into 3rd/15 runners in a 80-95 handicap hurdle.
The last day off a mark of 81 was far from disgraced when maybe not seeing out the trip of 22.5 furlongs, 5th of 17 runners and only beaten 6.75 lengths.
Interestingly the tongue strap was left off then, it is back on today and the return to 2 miles 4 furlongs, the re-application of the combination of tongue strap/cheek pieces and Meyler taking the steer all lead me to believe that ”today is the day” in what is a run of the mill handicap hurdle, where eventually each horse gets their turn of winning if good enough. Both horses are reasonably confident selections to trouble the judge.
Recommended Stakes:
0.75pt win The Cappucino Man @ 7-1 (Bet365)
0.75pt win Fr Gilligansvoyge @ 10-1 (BetVictor)
Share