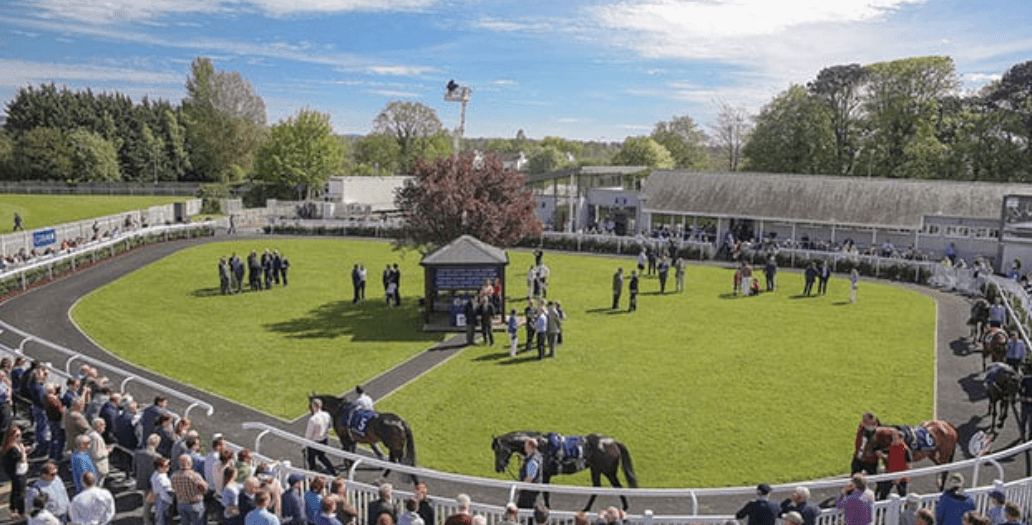 That was another very good decision made.

The Rated races would have lost you money but, the Market Movers produced profit.

The reasoning/logic behind these Market Movers being “off” proved correct and hopefully that’s the case today. 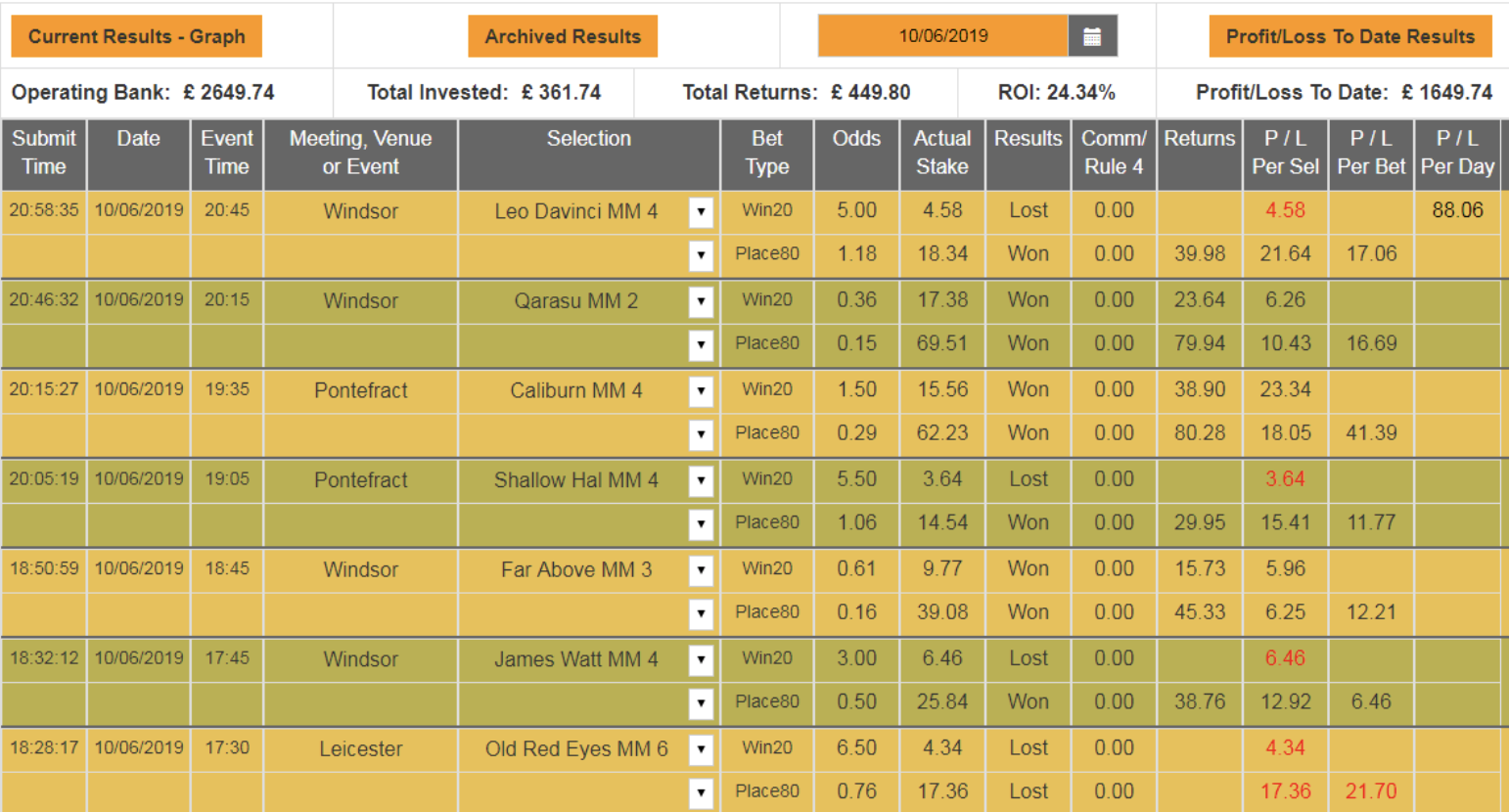 £66.06 of profit produced from the MM’s by AG, playing as they have advised they will do. Six consecutive races producing a profit.

That last race at Windsor so very nearly landed that yard a big gamble. LEO DAVINCI had been 12/1 when the markets opened the evening before but went off the 5/1 favourite. A short head and a head foiled it.

I received several e-mails in response to the morning Newsletter and I have responded in one, in full, which covered most of what was discussed in the others.

1)….I THINK YOU SHOULD STILL DECLARE YOUR SELECTIONS ALBEIT WITH A “DANGER NOTICE”, DO NOT INCLUDE THEM IN YOUR TOT UP FIGURES.

2)….MORE PERTINENT IS THE POOR PERFORMANCE OF TOP RATED ADVICES

3)….I KNOW YOU KNOW THESE RATINGS ARE WHAT THE WHOLE BUSINESS IS BUILT ON ANY CONNECTION TO GOING, DRAW, CLASS OF RACE ETC MIGHT GIVE US ANOTHER WEAPON TO USE AGAINST THE LAYERS.

Before I post my reply, I should first say the work I send out are not “advices”. What I do is create a handicap of my own for comparison with that the official handicapper has produced. We then look for the mistakes he has made and take advantage….usually by virtue of my top three rated and now, the addition into a dutch of a bottom rated favourite, or a Market Mover.

Nobody should even be considering playing the top rated horses (solo), any longer.

This was my reply:

The problem with the “danger” notice is that many members would still use the work (I have plenty of proof of that!), and we would still also have the issue of those placing their bets before leaving for work not fully aware of whether or not to bet….and still, therefore, betting.

Regarding the top rated horses.

I have, for around three years now, been advising nobody should be playing the top rated horse any more.

This simply now has to be about dutching. In 2013, we had a year that produced a profit during the summer alone, of nearly 400 points, simply by playing the top rated horse.

Have you not been using Gary’s Stats page on the website?

This offers you full details on what is, and what is not, working….top rated, top three dutch, horses that have a T, *, §, W, W2, by their names and he has been producing that work now for about five years?

I must have mentioned this a 1000 times over that period?

When you receive my figures each morning you have those icons next to a horses name that indicate best drawn, those that have winning form on the going as was described etc etc etc….so Class of race, trip, ground, track, draw, traveller, etc etc has already been covered and now we also have the Market Movers in those races highlighted for you.

The problem we have when the ground changes after my figures have gone out are many. For instance, it will influence the draw at many tracks (good to firm at Beverley = low drawn preferred, soft ground there = high drawn preferred), it will result in non-runners, which can change the complexion of a race from a pace angle….all of which are factored into my work.

The guys at Astech Gold sent me this chart this morning: 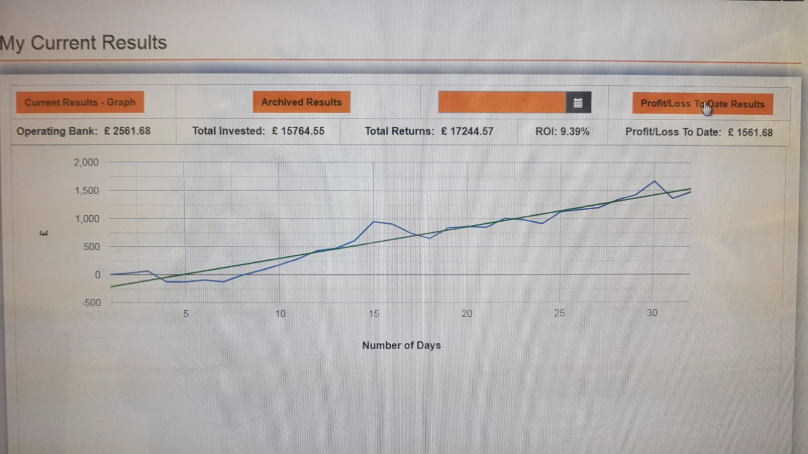 That displays the upward trend of their betting, using my work this season, to date.

But for those two days on which they bet when they shouldn’t (my fault), you would see another £600+ in their Profit/Loss column and an ROI of around 11%.

Now that I’m no longer going to send out work that is not fit for purpose (and that would be the kind of work supplied with a “danger” warning), we will see fewer troughs, more consistency in the graph lines and a higher upward trajectory.

If we accept we know rain like we have been seeing recently is going to have a bad effect on performance (and we do), and we know just by listening to a weather forecast 24 hours before what is coming (and again, we do), then really, their is no point my spending 15 hours the day before racing, producing 10 rated races that will have a negative impact on our profits/bank.

I was spitting fur on Friday because Astech Gold (quite rightly), made a decision not to bin the figures and those using their service followed their LI page advise and lost money. AG cannot make a decision I must make and so rather than put anyone in that position again, I’d rather do as I have done today, suggest abstinence from ratings and work only with the Market Movers.

If you do not mind I will put this response in my Newsletter tomorrow as you will most certainly not be alone in the thoughts you have had.

I hope that helps, sir

I’ve been very lucky in having a member like Gary, prepared to put the few hard yards in for us and sharing his statistical view of all aspects of the Ratings, including some of his own!

They highlight quite clearly what works, and what doesn’t.

He updates these weekly for us all to look at and learn from.

You can access these pages from the postracing.co.uk homepage

No rain since Saturday night, but drizzle setting in for Monday evening and rain expected through Tuesday.

Based on the weather forecasts provided by all three tracks, the only meeting I would have considered producing figures for is Carlisle.

However, they have no races for me to produce figures for, as I’m not working with Class 6 racing, nor (yet), will I work with all age handicaps containing 3-y-o’s….I only start even looking at those after Royal Ascot.

They are minefields and something considered by Mark Johnston to be “fair game”. Three year olds are impossible to produce accurate figures for (which is why you’ll never see an all 3-y-o handicap rated), and as they catch up to the older horse in terms of development, they become very attractively handicapped from an official perspective.

What I expect to find this year is the Market Movers pointing out those “expected” to be better than their marks but, we’ll find this out together.

Again the logic behind these is that those betting these horses must be aware of the potential for wet weather and changing ground.

That last race at Carlisle is one of those Class 6’s….we’ve horses being backed, or already short in the betting, that have not raced on the flat (or at all), for nearly two years.

You have a runner, MR SMITH that has been sent over from Ireland, that has not run for 791 days, yet trades only 17/2. It has raced more times over hurdles than on the flat, has had just one race since August 2016….and one pundit has tipped it too win!

That’s why I do not work with Class 6.

Best of luck today, I’ll now start looking at what we have tomorrow.

Have a great day.