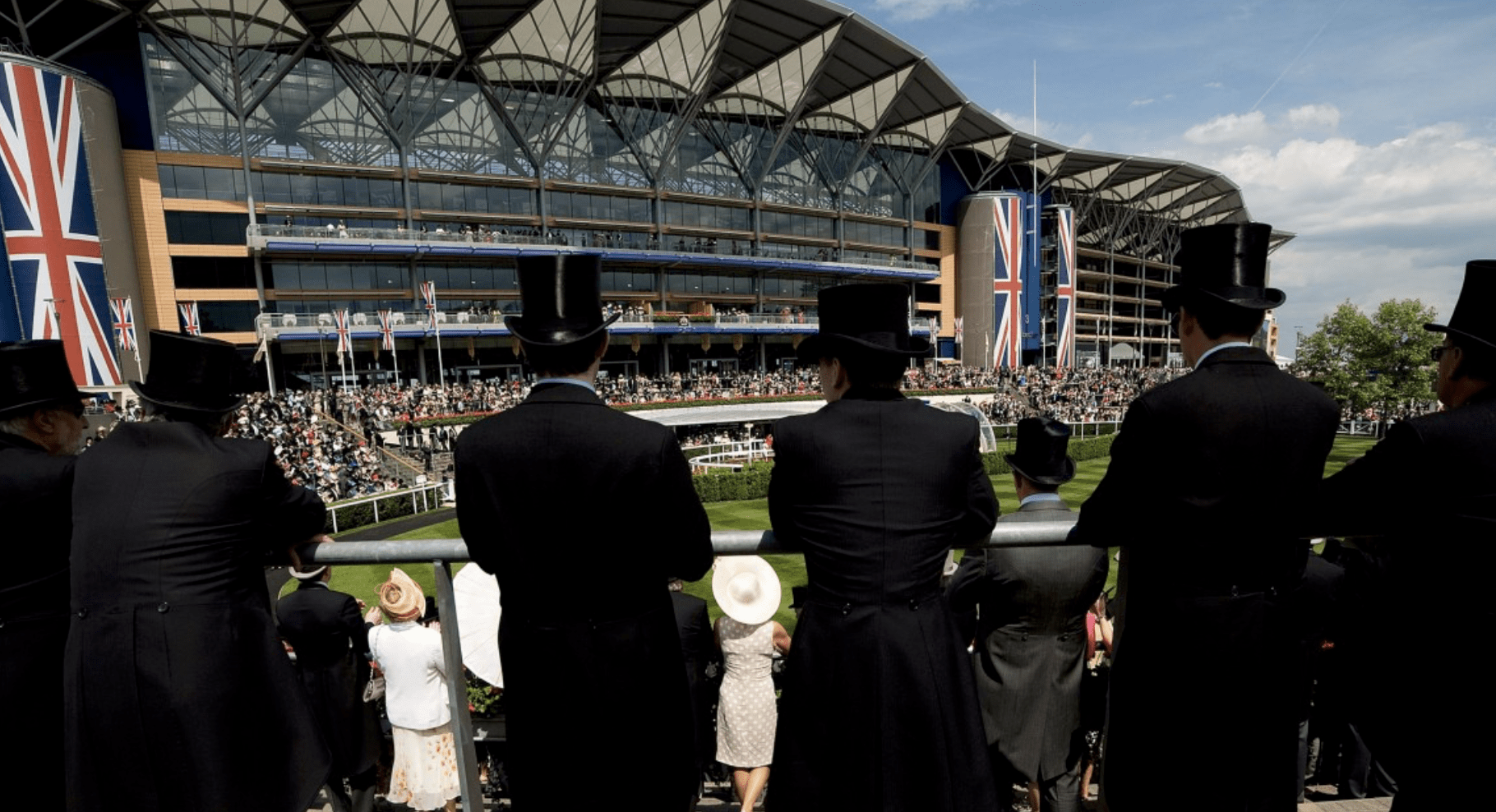 I had been hoping this would happen and I’m really pleased to see Astech gold go through the £2k profit barrier tonight, following, of all things, a winning lone race at Windsor!

Andy had mentioned earlier that it all basically hinged on that race and the top three produced a 1-2 and a lovely profit too.

That losing race you see should;d have been a winning race….I’ll explain in the morning but right now it’s more important we start work on making a profit from the racing at Royal ascot and below you will find the Profiling I have produced for Day One.

Best of luck this week.

A Group 1 to start proceeding and whilst last year we all got stuffed sideways by a 33/1 outsider winning this, I’ll work in exactly the same way as then because that goes down as an anomaly.

Four year olds have absolutely dominated this and in the last 27 running’s of this, 21 have been won by a horse from that age group.

In the last five years we have seen two 5-y-o’s winning it but both came from France and they only have one representative tomorrow, the 4-y-o OLMEDO:

The market is most definitely a clue to what wins this race and on only two occasions since 1995 has the winner been sited outside the front four on the tissue:

I should point out that she is a mare and history does suggest they struggle to win this, only two having done so far since I was playing football at County Combination level, 45 years ago!

So, I want a dutch to set up and I’ll take two of the other three, from that quartet fronting the tissue.

Two things put me off LE BRIVIDO. As good a trainer as Aiden O’Brien is, his record in this race is poor. He has saddled just one winner from 12 runners in this race, over the last five years.

I’m also aware of the fact that coming for this race off the back of a win is something to be considered strongly….six of the last 10 winners had done so.

He did though, run in what is the best “trial” for this race, the Lockinge, as did both LAURENS (who came home second), and MUSTASHRY, who won it.

The problem with MUSTASHRY is, he’s a six year old and you have to go way back to the year Bobby Stokes scored the winning goal in the FA Cup final, for Southampton, to find the last six year old winner of this race!

That was 1976, just in case you were wondering.

Flares and wearing patchouli, and blokes with long hair and wearing trenchcoats were “in” then….trust me, I remember it!!

I’d rather be with the beaten horses in that race, LAURENS and LE BRVIDO, because of the last 24 running’s of this race, 14 have been won by horses blowing the cobwebs away at Newbury.

BARNEY ROY missed the Lockinge, instead going over to France to win a Listed race a few days later.

He represents Godolphin, who have won this race eight times already so, know what it takes.

I might regret leaving the Stoute runner out but my plays here are:

In the last 13 years this has been won by horses trading favourite of joint favourite on eight occasions so ignore the market at your peril!

If you look outside of the front four on the tissue, you either have a copy of tomorrow’s Newspaper, a de Lorean, or Nostradamus has been at the predicting lark again.

There have been only four winners sited outside the front quartet since 1983 and don’t come here having not won last time out, either. Only one horse has managed to win this having been beaten last time out in the last 35 years so if we lose here, some cracking good stats have been turned on their heads and the layers will have a huge smile on their faces.

So, front four on the current tissue first off:

In the last 21 years only three winners have gone off at a double figure price and so right away, I have my dutch because FORT MYERS is around 12/1 and therefore dropped.

A few seasons back I highlighted how important it was to arrive having had just the one run….and having won. We nailed it then (THE WOW SIGNAL, 2014),, let’s hope we can do so again.

If we want to work with just one horse for a 20/80 then we drop the favourite. He’s in the dutch so those using that play will be fine if ARIZONA wins spoiling this stat in the process profits will be made.

Aiden O’Brien has won this three times in the last eight years and Ryan Moore rode two of those so, on that score, statistically sound.

I do love the stat one run, one win though and a solo play would have to one of THREAT or GUILDMAN.

Hannon used to target a race at Newbury as his trial for this and horses like STRONG SUIT and CANFORD CLIFFS won that race, run on Lockinge day at Newbury.

He saddles THREAT here and that one flew in at Newmarket beating a long odds on Godolphin hot pot. That was just a four runner race and the horses that finished third and fourth have both been beaten favourites since so, no strong collateral form has come out of it.

THREAT though, could not have been more impressive that day and their has been sustained money for him in recent days….7/1 > 3/1

By the way, the horse that won that juvenile race on Lockinge day, that Hannon usually uses as his prep race for this, was won by LIGHT ANGEL….same trainer/jockey combo that took this with CALYX last season. The Hannon runner in that race this year was ZIGGLE POPS….so I’ll take that as an indicator as to how good they think that horse might be. ZIGGLE POPS is in my tracker.

After all the rain and bad racing we had last week, it’s like we’ve died and gone to racing heaven this week.

Age is no barrier to winning this although I have to admit the fact seven of the last 10 winners have been aged five or older, does point me in that direction.

An Aiden O’Brien trained 3-y-o has seen plenty of support in the last week….SERGEI PROKOFIEV….10/1 > 6/1 but when you consider 23 of that age group have tried to win this in the last five years and only one won it (the American speedball, LADY AURELIA), you’d have to be looking elsewhere. I am.

The better 3-y-o sprinters will wait for the Commonwealth Cup, anyway.

My first shortlist comprises only of horses aged five, or older:

Only three of the last 15 winners went off a double figure price so lets cull those from that list that the market suggests will not be winning:

That’s the dutch then and as they finished 1-2-3 in this race last year,

Twelve of the last 14 winners either won or filled the runners up spot so whilst I love MABS CROSS to bits, it’s one of the “B’s” that gets the solo play.

It is absolutely pointless ignoring the fact that nothing in the last 21 years has won this starting bigger than 9/1….only five have been bigger than 9/2 and that’s quite simply because the three year old colt pecking order, has been established.

The best trials races for this are the 2000Gns in either England or Ireland and, in fact, since 1998 only two winners of this race had failed to take a top four place in any version of a Guineas, anywhere in Europe….safe though, to work with those run at Newmarket and the Curragh because they have been responsible for 33 of the last 24 winners. I know, that sounds cock-eyed but but what that means is, 14 of the last 24 winners ran in both races.

So, we have two ways in here, market and those Gns stats.

The two horses the market suggests are:

PHOENIX OF SPAIN
TOO DARN HOT

They came home first and second in the Irish version.

Horses that ran in both versions of the race:

They will make up my dutch.

One for a solo play?

The favourite has won this seven times in the last 10 years, I’m not sure TOO DARN HOT has trained on like they hoped he would and his season so far looks a mess.

TOO DARN HOT beat PHOENIX OF SPAIN comfortably in the Champagne Stakes last season, when both were juveniles but it looks for all the world as if the Hills trained horses has matured past him and I’d expect the Curragh form to be franked.

I’ve never been a fan of races run over trips like this, on the flat. No flat stable has horses suited for this test and that’s a fact bolstered by the stat that tells us 11 of the last 12 winners came from a jumping yard.

In the last seven years Willie Mullins has won it four times and, on three occasions, those horses have been ridden by Ryan Moore.

This is not a race I’ll spend a lot of time on because of what I’ve just written above.

Yep, Willie Mullins has booked Ryan Moore to ride BUILDMEUPBUTTERCUP, a horse that has not run on the flat for 318 days, has only raced three times on the flat before and never even placed.

It trades the current 4/1 favourite.

Look right through the horses form though and you find that it did once win a race….a Bumper for Mick Channon, in February 2018….here at Ascot.

For me, it’s a bit like the cross Country race at a Cheltenham Festival….brew up time and just let whatever happens, happen.

A no bet race for me personally but feel free to cast a shekel at Ryan Moore’s mount, if you do not care about that shekel.

This is only the second time the race has been run as a Listed race, having previously been a handicap (albeit the Listed variety.

The draw bias here was significant when this was a handicap though, as they hit a bend after 220 yards and so anything with a double figure draw required snookers to win.

We have 16 going to post right now and so I’ll first extract horses in a single figure stall and they’ll provide my first shortlist:

Now I’m going to work from my usual starting point….age.

That there then, is my dutch.

All three hit the brief when it comes to tha fact you need to arrive having been lightly raced this season to date….19 of the last 24 winners had seen action on just two occasions the year they won this and all three have had just….two runs.

They know what they are doing, these trainers!

My way in for a solo play is official rating.

I’ve looked back those 21 years and find only one winner rated higher than 109 and that was last years winner, MONARHCS GLEN.

Now, as we know, this is just one year old as a Listed race and that could now be the shape of things to come but WILLIE JOHN is 106, whilst the other pair are 111 and 113 respectively.