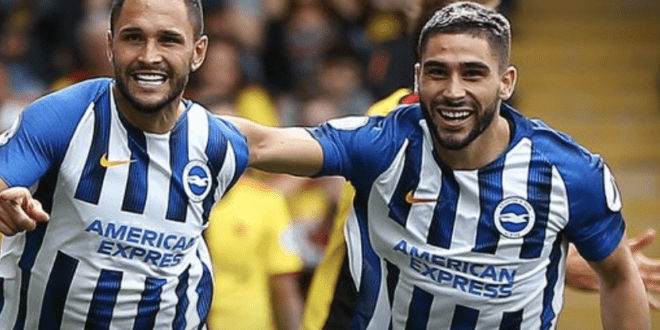 When we have had European football I usually give the next weekend a swerve and I have only seen 2 games I think could be bet on today and tomorrow.
Not promising anything but I have done the Newcastle game for today and will do the Palace game tomorrow.
A week in football at this time of the season can see a team go from bottom 5 to top 3 and Bournemouth did that last night after winning at Southampton. They now have the same number of points as City.
This game is between 2 sides in the bottom 5 and from what I have seen so far, Newcastle do deserve to be bottom 3, Brighton should be higher.
The 2 teams have met 4 times in the Prem and Newcastle haven’t won yet. It’s 2 draws and 2 losses for the home team. Since March Newcastle have only won 1 home game in 5.
It was funny reading Bruce seems to be pinning his hopes on a “fit Andy Carroll”. There is no such animal.
Brighton haven’t looked that bad so far this season but they don’t win many games and have only won 1 of the last 14 and didn’t hit the back of the net in 8.
I think Bruce will be looking to do an Allaryce and make Newcastle hard to beat, rather than an all out attacking team and they already have 1 point more now than they did after 10 games last season.
Brighton won this game last year but in the 4 games in the Prem between the two, only 4 goals have been scored.
I said last week though that I like the lad Brighton have signed, Maupay, and he scored again. He was one of the 3 leading goalscorers in the Championship last year and the other two were Pukki and Abraham and all 3 are doing the business up a level.
Maupay has got 2 in 5 for Brighton and he’s a handful for centre backs.

I fancy a low scoring draw.

Previous Catching my eye 21/09/19
Next Top tipping by Tony Davidson!