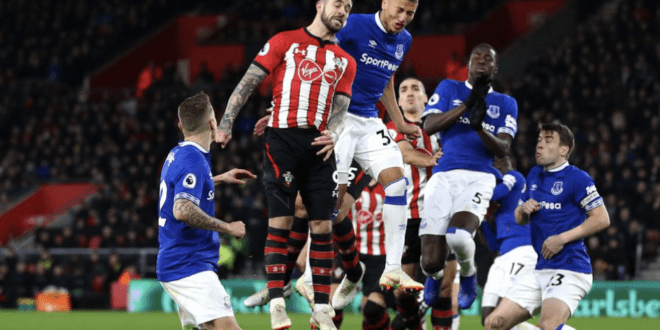 Some tricky games to call this weekend as nobody struggling right now will want to go into the International break with a loss.

I was looking at the Burnley game but couldn’t see anything there, so I have decided to go with Southampton v Everton.

I have plenty to work with, but these are 2 inconsistent teams and really anything could happen.

Southampton love playing Everton at home and they have won 11 home league fixtures against them and with Everton only managing to win 4 of their last 21 league points, without a win in their last 8 on the road and having lost the last 4 when going away from home, it looks like a home win.

Everton don’t have goalscorers in the team and the only player they have that has scored an away goal for them is Calvert-Lewin, who has 2 away from home.

The problem for Southampton right now is they seem be scared of playing at home. If they lose today that’ll be 4 on the bounce they will have lost on their own turf. They have only managed to actually win 2 of their last 16 league games and this is 2 bad sides looking for a point I reckon.

Everton only win on the road though when they are playing sides that sit 15th or worse in the league table and Southampton are 19th. Everton are 17th but if they managed to win they’d go above Utd and into 10th spot. That’s how bad the teams are outside the top 6 at the moment.

Last weekend Southampton put up a good fight against City, losing 2-1 having led until the 70th minute while Everton struggled to get a draw against an average Spurs team, at home

Not a lot in this but I’m thinking a home win, just.