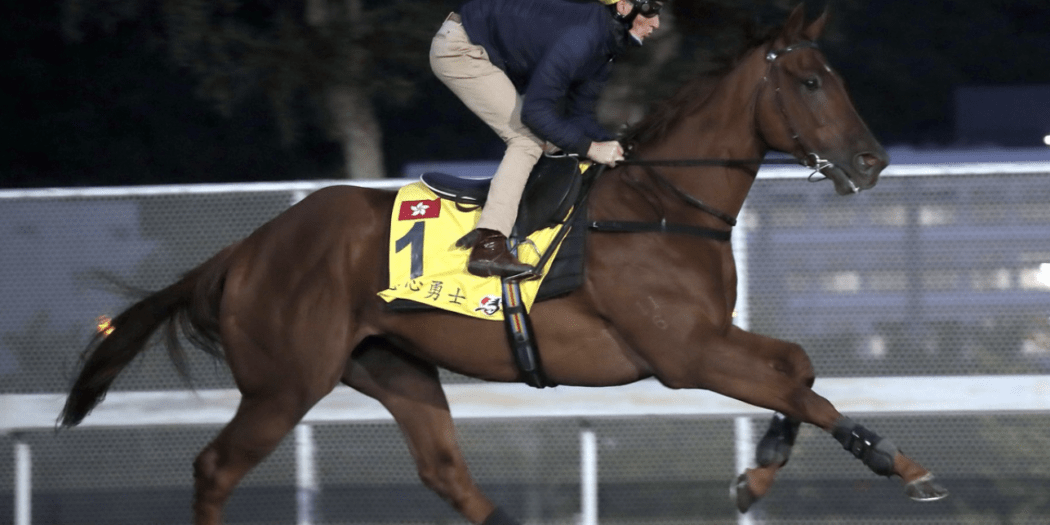 Whenever I am lucky enough to head off somewhere, I try to throw a little something together for Ron if only because he is a genuine guy who supports plenty of racing charities, so here we go once again.

This weekend I am in Hong Kong ahead of their biggest meeting of the year, and although they have their non-racing issues that you will all have seen on the news, with the exception of more rubbish on the streets than is normal, I have seen literally nothing so far that ought to affect the racing (touch wood), so it is all systems go for Sha Tin.

Before I try to (briefly) summarise the four Group Ones, an honourable mention for my hosts (the Hong Kong Jockey Club) is well deserved, with so much we could learn from their modius operandi. I am quite aware that a position of power assists their cause (they own the tracks, the stables, and the betting outlets), but what a breath of fresh air to be welcomed as the media, and for trainers jockeys and their families to mingle and chat with us quite happily as opposed to hiding from us back home. Is it really beyond racings UK powers to organise trainers and riders to talk to the press perhaps the day before Royal Ascot (for example) so we can all write up opinions and thoughts and keep the betting public (who are the lifeblood of the sport) better informed, or am I just blissfully naive even after all these years in the sport?

Rant over and although there is a stamina testing ten race card at Sha Tin Sunday morning your time, my lack of knowledge of the local horses means we will focus on the four big ones and those alone. We start over a mile and a half or so at 5.40am (I’d record it if I were you!) with the Longines Hong Kong vase as Exultant looks to make it back to back wins for trainer Tony Cruz and top jockey Zac Purton. Now a five-year-old he ought to be at his peak and thoroughly deserves his place at the head of the betting, yet I keep on coming back to Anthony Van Dyck as an each-way alternative at 15/2. Aidan O’Brien won this with Highland Reel as a three-year-old so knows the sort needed, while as the first Epsom Derby winner to travel here he arrives with plenty to prove. I get the feeling they are searching for faster ground hence the journey, and although we all know this year was not the strongest Derby, it would be seen as disappointing if he can’t hit the first three home at the very least.

From stamina to speed next and I am very excited about seeing Aethero in the flesh in the six-furlong sprint at 6.20am. He was mightily impressive last time out over course and distance and although this will be his biggest test yet, everyone here thinks he could be the best for many a year. Karis Teetan rode him last time and suggested in a brief chat that he had lengths left to call upon if needed that day, and although he has to give the ride back to Zac Purton, the suggestion is this horse could be a very long way above average. Hot King Prawn may be his biggest danger for forecast backers and connections do seem bullish of a good run, though Aussie mare In Her Time may well try to make all and could take some catching for punters looking for a bigger price.

On to the mile at 7.30am and only one question as far as I am concerned – is Beauty Generation going downhill, or can we forgive him a couple of below par efforts when giving weight away? Ron’s statistical methodology is clearly the future (results don’t lie), but I have reached an age when now and gain my heart overrules my head and I am sentimental enough to believe he will bounce back here and win this with ease. He does need to turn things around with both Waikuku and Ka Ying Star on his last effort when third here but is weighted to do so, and the 11/4 I snapped up this morning is his biggest price in ten starts stretching back to October 2018.

One race to go and a nightmare despite the smallest field of the day. Furore will go very close as a Hong Kong Derby winner but is not without his flaws, while Glorious Forever will look to follow up last season’s success despite six losing runs since. Win Bright could well outrun his price if getting back to the sort of form that saw him beat Exultant here at odds of 47/1 in April, but I have gone down the xenophobic route and opted for a second Aidan O’Brien challenger. Although Magic Wand won the Mackinnon Stakes last time out I was even more taken by her tenth in the Melbourne Cup beaten less than four lengths at the line over a trip that would not have been her ideal, and if that race hasn’t taken too much out of her, then Ryan Moore may well be able to put this race to bed when needed.

ALL IMAGES COURTESY OF THE HONG KONG JOCKEY CLUB