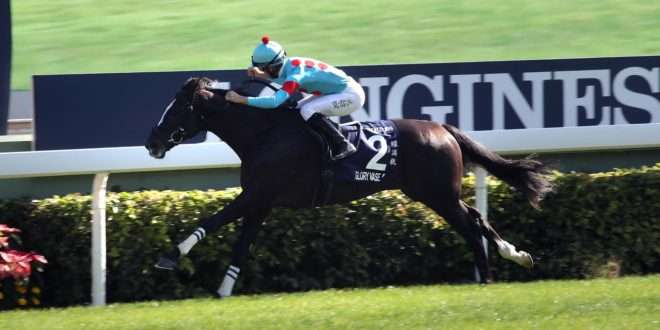 Sean tells it as he saw it….a review of the International races from Sha Tin

Once more in to the breach dear friends and as I promised Ron a review of the International races from Hong Kong here I am, sat at Desk B16 (my life ambition is a desk on the “A” table), awaiting a ten race card and a very long day, though with four Group One’s what’s not to like?

Things are a little different here as mentioned before, and in my view they do seem to have it right, though I am sure those who shop around with the bookies will argue and I can see if not agree with their point. One place to bet and no chances of an early price is the negative here, but in my view, heavily outweighed by the positives. The racecourse is in sublime condition, the entry fee and associated costs are easily affordable (eat for a fiver, drinks for £3, entry about £2, racecards £1) thanks I suspect to subsidy, but that in turn keeps the punters interested, increases betting turnover, and leaves the sport and its finances in a very healthy state. Logistically it is obviously easier to mingle thanks to training at the track but the jockeys and trainers are happy to talk to the press, which in turn means more coverage and more sponsorship which feeds its way slowly back in to the prize money and the sport and its participants, a no lose scenario we need to find a way to copy if we are to survive.

Trust is a big issue back home I feel, with apps a great example. Various bookmakers do have software that (allegedly) runs a computerised race ahead of the real event, but hands up who believes a word they say, it’s hardly in their best interests to hand out the winners willy nilly? Yet in Hong Kong they have a Race Predictor app where you can (if you are clever enough) tap in various scenarios such as early pace and going as you see fit before running a virtual race. It isn’t necessarily about whether it is right or wrong, but it is about the trust – no-one here would even question its legitimacy as the more the money turns over in the market the more profit the Hong Kong Jockey Club can make – another win-win which is how they like to do business (and you can see the results from said app below for amusement purposes). 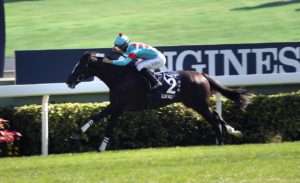 On to the big ones and it doesn’t matter where I go or how often – top class racing is in my blood and I am like a kid in a sweet shop, the adrenaline is flowing, the hairs stand up on the back of my neck, and I just love every single second. At 1.40pm here (stupid o’clock in the morning for you) the stalls opened and from the moment Ryan Moore went to work on Anthony Van Dyck my fate was sealed. No excuses, he ran a stinker and never looked happy in first time blinkers, and as some wag put it, Dick Van Dyke would have been faster and that rather sums him up. The race was won by Glory Vase (left), under Joao Moreira who was winning his third race in the fourth contest on the card, though I am hearing that the winner will get a new rating of 125 which I have to say seems a bit on the high side to me, good as this was.

On to the sprint and I made no bones about it, I was all over Aethero until I saw the price. 1/3 at the off looked silly then and even worse after the race where he finished a close up third, though he never really escaped his pursuers and looked ill at ease for whatever reason. Third in a race of this standard was no disgrace but I still hope he will prove better than that in the long term, while (you guessed it), Joao Moreria took this on board Beat The Clock in a power packed finish to the delight of his legion of fans. 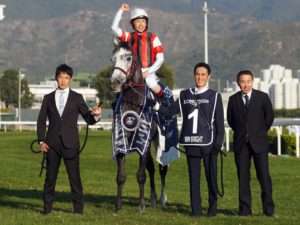 About now even a place looked like a step forward and that’s all I manage to get out of Beauty Generation who looked a shadow of his former self when third to shock winner (26/1) Admire Mars from Japan. He should have won this with any amount in hand but didn’t, leaving me the one race to redeem my tarnished reputation. Close but no cigar as they say after Ryan Moore somehow conjured up a late rattle from Magic Wand after she looked beaten to go down by an agonising short head with a few more strides all that were needed to record a much-needed success. It wasn’t to be as we all know now but she lost nothing in defeat (unlike my bank balance), and all I can do now is ask Ron ever so nicely – can I have figures for the Hong Kong races next year, pretty please?

Sean Trivass was a guest of the Hong Kong Jockey Club.

ALL IMAGES COURTESY OF THE HONG KONG JOCKEY CLUB