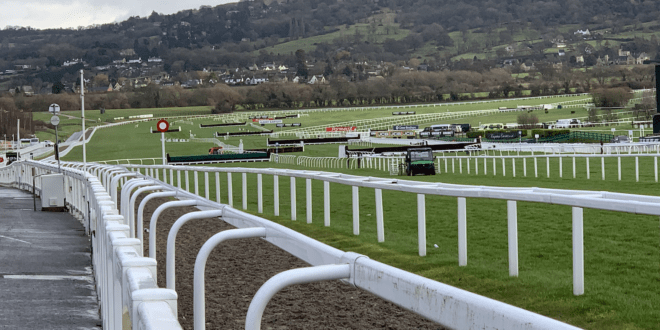 A profit from Day 1 and Wednesday is traditionally good to us. I made a profit from three of the four races I played on Day 2 and I’ll always take that.

We nailed the 8/1 winner in the dutch last year but I doubt very much we’ll see an 8/1 winner this year….but who knows?

We go, as is usual, with age grouping. Only five and six year olds win this race but with eight of the last 10 winners coming from those aged six, that’s where I’ll kick off:

You simply look to the front four on the tissue for your winner and from that first shortlist we go to:

If you feel the need to dutch feel free but to me THE BIG GETAWAY looks a chaser and whilst I want him in the first three to have me dreaming of the RSA Chase next year, I doubt he’ll have the speed to beat ENVOI ALLEN

I’m not interested in punting odds on in novice events and will just look forward to him putting on a show, with my long-range RSA Chase play hitting the frame.

REVIEW: The “obvious” happened and whilst I had no financial investment here, it made for superb viewing and that winner is some horse.

For a good while before the Festival I’d said I wanted to see a particular horse finish in the first three home and what I also wanted to see happen, happened, with THE BIG GETAWAY hitting the frame and I’ve had a little bet @ 25/1 for next seasons RSA.

I love ALLAHO but he’s a six year old and only one of that age has won in the last 10 years. I’m concentrating on seven year olds because they’ve won eight of the last 10 running’s. That rules out CHAMP, who also would be giving me the heebie-jeebies having fallen last time out. I’m struggling to find the last winner of this, that arrived off the back of biting the dust prior to turning up.

Seven of the last 10 winners were located in the front four on the tissue and the only qualifier is;

The last 10 winners had finished in the front three last time out and he was a winner. That stat would have seen off BATTLEOVERDOYEN, PYM, and CASTLEBAWN WEST, and they would also have had a thick black line drawn through them as they do not occupy a position in the front four on the tissue.

REVIEW: A profit made but I’ve said it before, and I’ll say it again, CHAMP will never beat MINELLA INDO again. For a start, he’s nothing like as natural a jumper as the runner up, and the connections of MINELLA INDO will now be much wiser.

Had the runner up jumped the last fence cleanly, he would have won this race and right now both are 14/1 to win next seasons Gold Cup. I know where my money would be going, if I thought either could beat SANTINI….which they won’t….he’s 8/1 and an absolute knocking 20/80 right now.

The Racing Post race reader said this, “Eyecatcher: Minella Indo (2.10) was unlucky not to hang on in the RSA Chase but remains an exciting prospect….100% agree with him/her.

Have I ever found the winner of this doing what I do? Not that I can remember but that’s as much to do with it being like stirring a pool of muddy water with a stick and expecting to get some kind of picture.

Interesting to hear Ruby Walsh saying this is the race he hated riding in most, at the Festival.

Last year it was won by a 28/1 shot, that arrived having had just one run before coming here. The year before, a 20/1 shot, that had seen a racecourse just once and had finished unplaced.

There is no logic to this race at all.

Age grouping….I can only say I’d not want a horse aged older than nine and, with only two of the last 10 winners having carried less than 11st to victory,  let’s combine those stats and go there first:

A shortlist of 17 to start with.

I am going to look at the market here because whilst we’ve seen big priced horses winning it, seven of the last 10 winners could be found in the front seven on the tissue:

I’ve got it down to five and if one of those pulls it off, I’ll give it a right old fist pump!

Seven of the last 10 winners had managed to win a race at some point earlier in the season, and those in that five horse list that have done that are:

REVIEW: ALFA MIX was set up as the hare for the winner of this race, DAME DE COMPAGNIE, and this was race in which the Ratings cane very much to the fore:

In the same ownership as a lot of those in this race, “team tactics” were always going to be superior to anything I was doing! It was like watching the Tour de France, and the McManus colours on board TOP MOON led to the third, then his ALFA MIX took over, leading until going to the last, before this winner came through to “land the plan”.

I got a profit from it by “mixing and matching”

Only six go to post and with ALTIOR out it looks a two horse race now.

If you take things at face value then the four outside the front two on the tissue have an impossible task at the weights.

I cannot profile a six runner race and when common sense dictates one of two horses will win it (as the market suggests….5/4 DEFI DU SEUIL, 11/8 CHACUN POUR SOI), but what I will do is go with the horse that has already won at the track

REVIEW: This became a no bet race for me once it cut up to five runners but irrespective, the DEFI DU SEUIL that turned up (or didn’t, whichever way you look at it), would have been slam-dunked by CHACUN POUR SOI, had that one been in the field….as would POLITILOGUE.

Sorry, at this point I go to watch paint dry. Cross Country races do absolutely nothing for me. You would not want to be betting against TIGER ROLL anyway.

FRED WINTER (ALWAYS WILL BE, TO ME!) BOODLES HURDLE

I found us the 33/1 winner of this in 2018 and in the hope we can at least see some lightning, even if it doesn’t strike the same place twice, I’m going to revisit exactly how I did that because it worked….might never do so again, but….

You’ll remember that year I wrote, “I’ll not be looking for a pint if I nail this thing, I’m am Edradour man”. I still have two bottles left of those that were delivered!

I would normally hold juvenile handicap hurdles at arms length….never work on them normally because so many are making handicap debut and nobody has a blind clue about how good, or not, they are.

No point looking at age group, they are all 4-y-o’s so, weight kicks us off.

Seven of the last 10 winners carried 11st to 11st 8lb and that includes the last six so for sure, you would not want to be with either TRONADOR, or GEALACH….or would you?

Both are trained by Gordon Elliott, who has five of this 22 strong field running for him….and he trained that 33/1 winner we enjoyed two years ago now.

We cannot use the Market as a guide but I did mention that the top trainers are most definitely the ones to concentrate on, because although the prices of those winners have been huge, six of the last 10 winners (three belonging to Paul Nicholls), have come from those Henderson, Mullins and Elliott, with one a 33/1 shot trained by Tim Easterby.

I’ll do exactly what I did back then, now, and pluck the following horses as a shortlist:

I’ve narrowed it down to seven and again, if the winner is in that seven, I’ll give it a Ronaldo slide across the laminate.

Last years winner was the first to take this prize off an official rating of more than 134, winning off 139 and until that becomes the norm I’m going to rule out any of that lot rated 135 or more:

I’m ruling out the first named because he is the only one of the four not to have raced on the flat. Four of the last five winners had done so and I’ll hang my hat on that peg.

If I were looking for another VENEER OF CHARM, I’d have to post up the Elliott runner:

REVIEW: Gordon Elliott trained three of the first four home in this, including the winner ARAMAX and my Profile selection, RECENT REVELATIONS, who ma have actually finished second had it not made a mess of the last.

A decent enough profit made from the “80” but with these races now it’s looking like we simply need to work out which of the Irish runners are most fancied….and this was another McManus winner.

Proposals of marriage from grown men came through after we nailed the 25/1 winner of this in 2018….that was an extraordinary day and may never be repeated.

I could produce you a 19 race shortlist but I’m thinking that I can say we want a five or six year old, that won last time out….the last 10 winners of this had won prior to coming to the Festival:

I’m cutting back to RPR ratings again because nine of the last 10 had a figure of 126 or higher. Six were 132 or bigger.

Anything below 126 though, leaves now:

I’ve removed THE GLANCING QUEEN, too, because I cannot find a seasonal debutante winning this?

Next to go are horses that have not won what would be considered a valuabl;e Bumper prize (£4k or more to the winner):

Now down to five.

Two come from the yard of Willie Mullins, two from that of Gordon Elliott.

They have been responsible for five of their six winners in the last eight seasons and it’s here I suggest we use common sense.

The reason I found that one was purely down to it being the only one in my final shortlist, that had beaten a big field (13 runners or more), and here that does not apply.

REVIEW: As usual, this race will be one we revisit next season for our novice hurdlers and again, the Irish will hold a very strong hand in that division.

APPRECIATE IT will be the best of this lot going over obstacles and I’ll cover that in the final Review post, which will discuss which races next year we should be considering ante-post plays for.

This horse came there to win his race but lost out to one that has more flat speed. I cannot wait to see APPRECIATE IT over obstacles.