Deja Vu….I just love a sprinter, that is improving with age, and this mare most definitely looks another one of those! 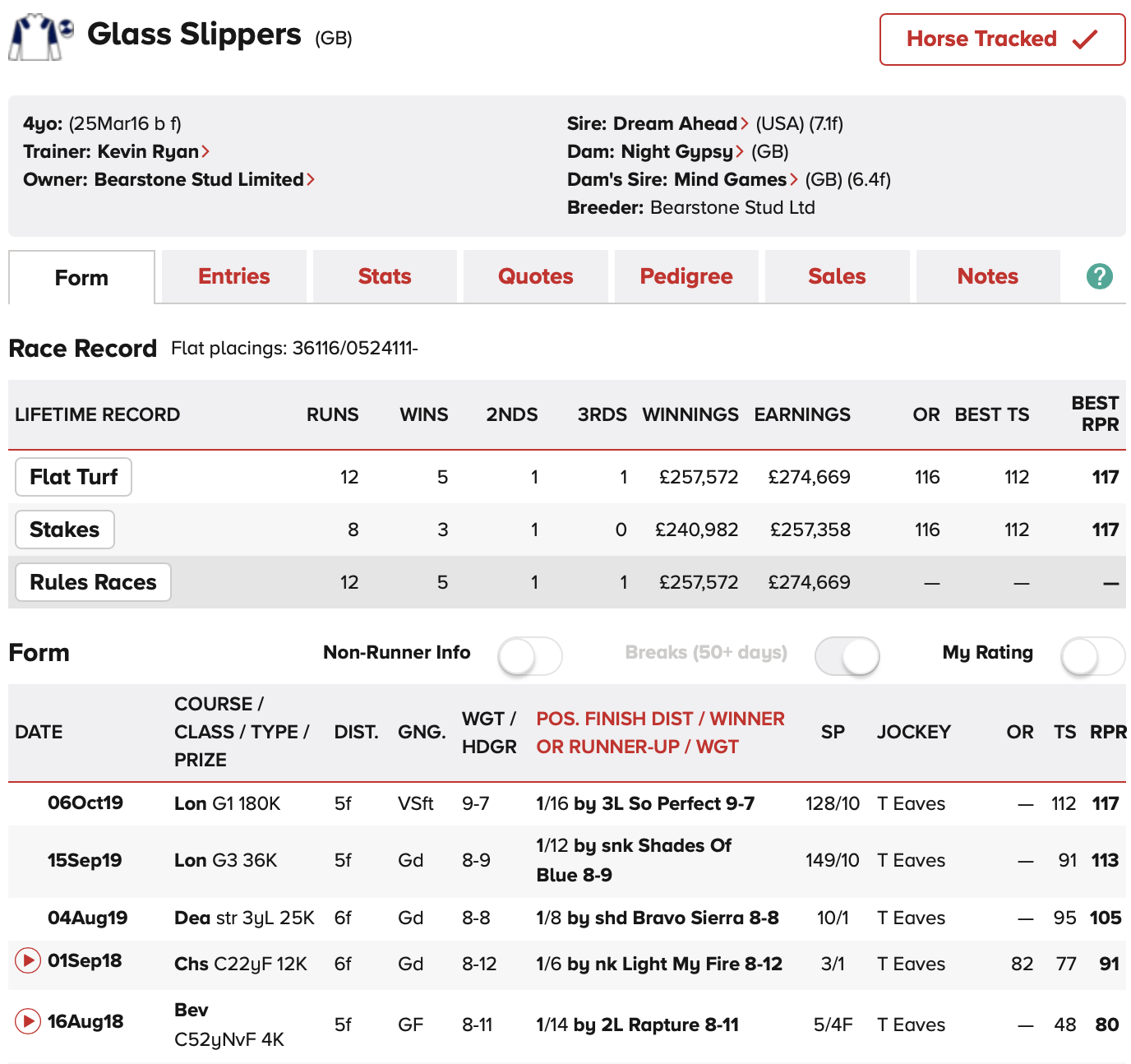 She has had 12 runs, won five, placed in two more.

What I have done with those screenshots though is highlight something about her form and, rather than have her races in date order, I have set the criteria to “finishing position”.

Her winning is done from August onwards and in both seasons she has been racing to date, she has needed a couple of runs to come to herself. If you can add notes on your trackers, please make sure you do add that information.

Watching for horses that come alive at certain times of year, and those that need letting down at the same time can lead to some terrific profits.

She won the Prix de l’Abbaye on her final start last season by three lengths but that day for me, was all about laying the odds on favourite, BATTAASH.

But back to GLASS SLIPPERS.

She is trained by a bloke that is a serious trainer of sprinters, Kevin Ryan, and none of what I have written above would be a mystery to him. He wil know exactly how to campaign her this season and with the season starting late, she won’t might that at all.

Just two more 20 To Follow horses to put up and don’t forget, they can all be accessed via the Post Racing home page….dropdown menu on the home page…..see, 20 To Follow Flat 2020, sitting on the right….just hover over that and you’ll get that list. 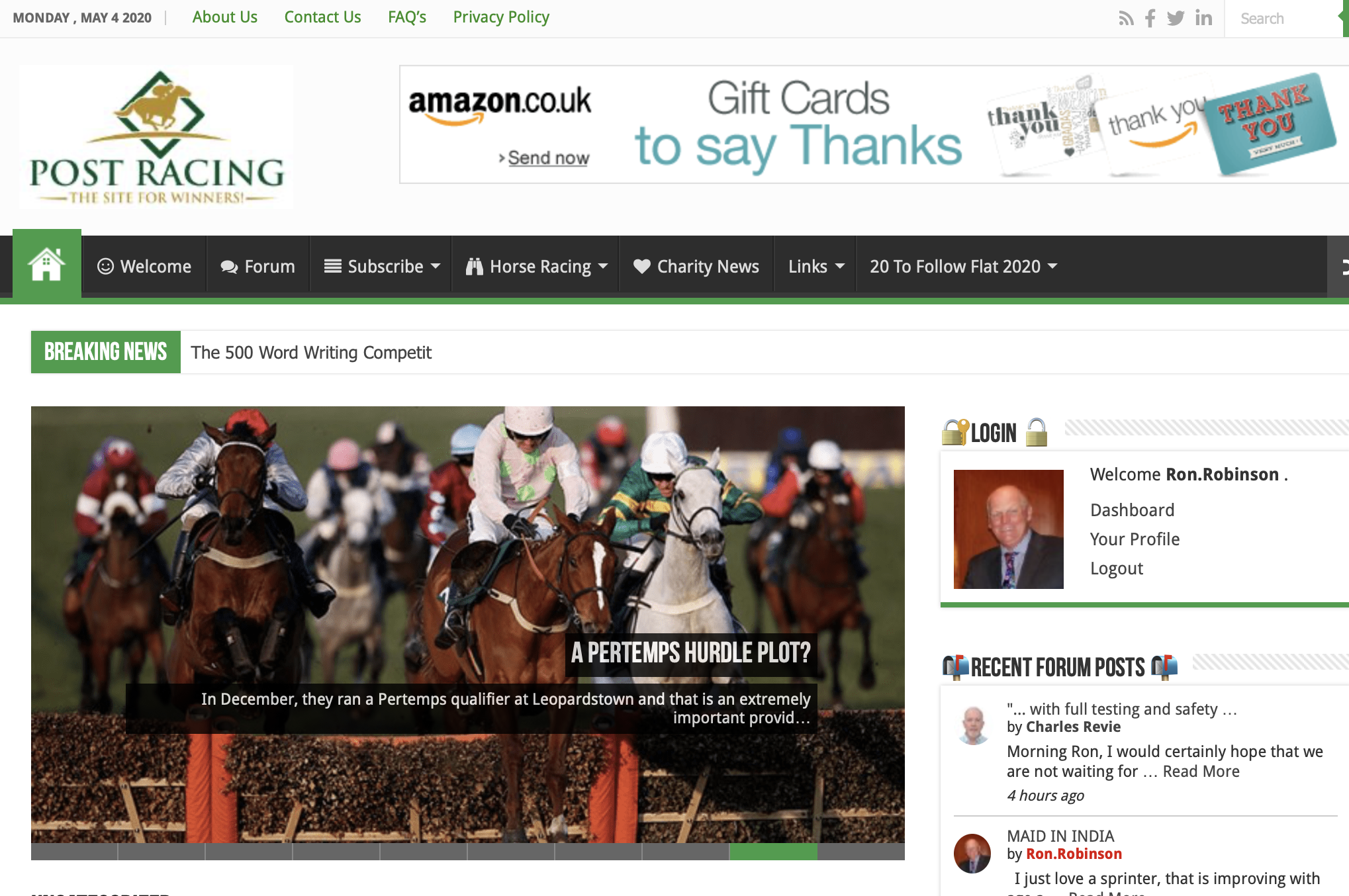 By the way, Charles and I have been discussing when racing could/should go ahead….feel free to join us on the Forum!

I’m now going to brew up and return to admiring my azaleas!