This colt improved right through the season as a juvenile and ran a cracker in the Coventry at Royal Ascot, finishing a two length fifth to ARIZONA. 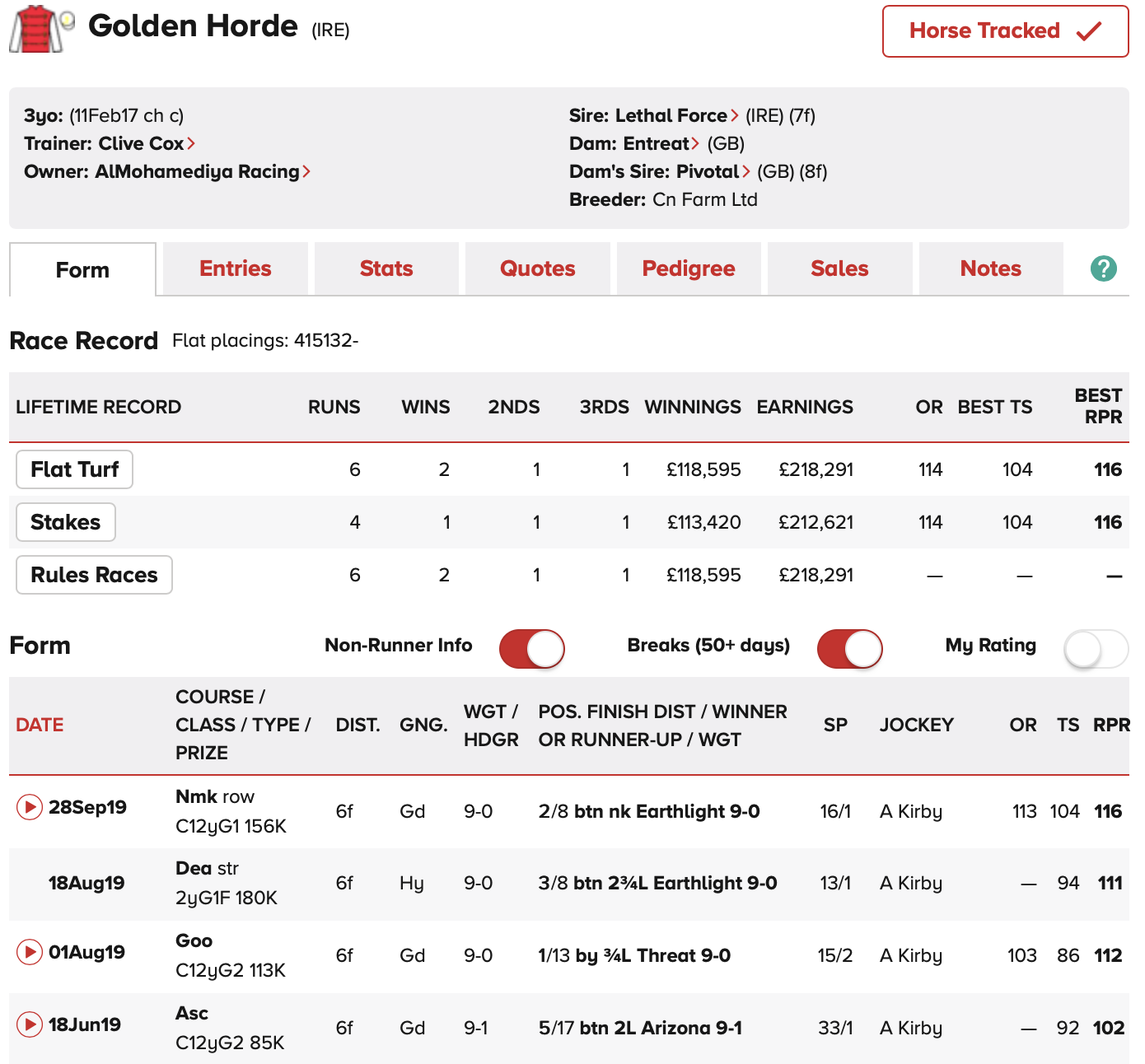 He was then sent to Glorious Goodwood for the Richmond Stakes, where he beat THREAT by just under a length. This Hannon trained runner had finished second to ARIZONA in the Coventry and so we can clearly see the improvement the Clive Cox horse was making. 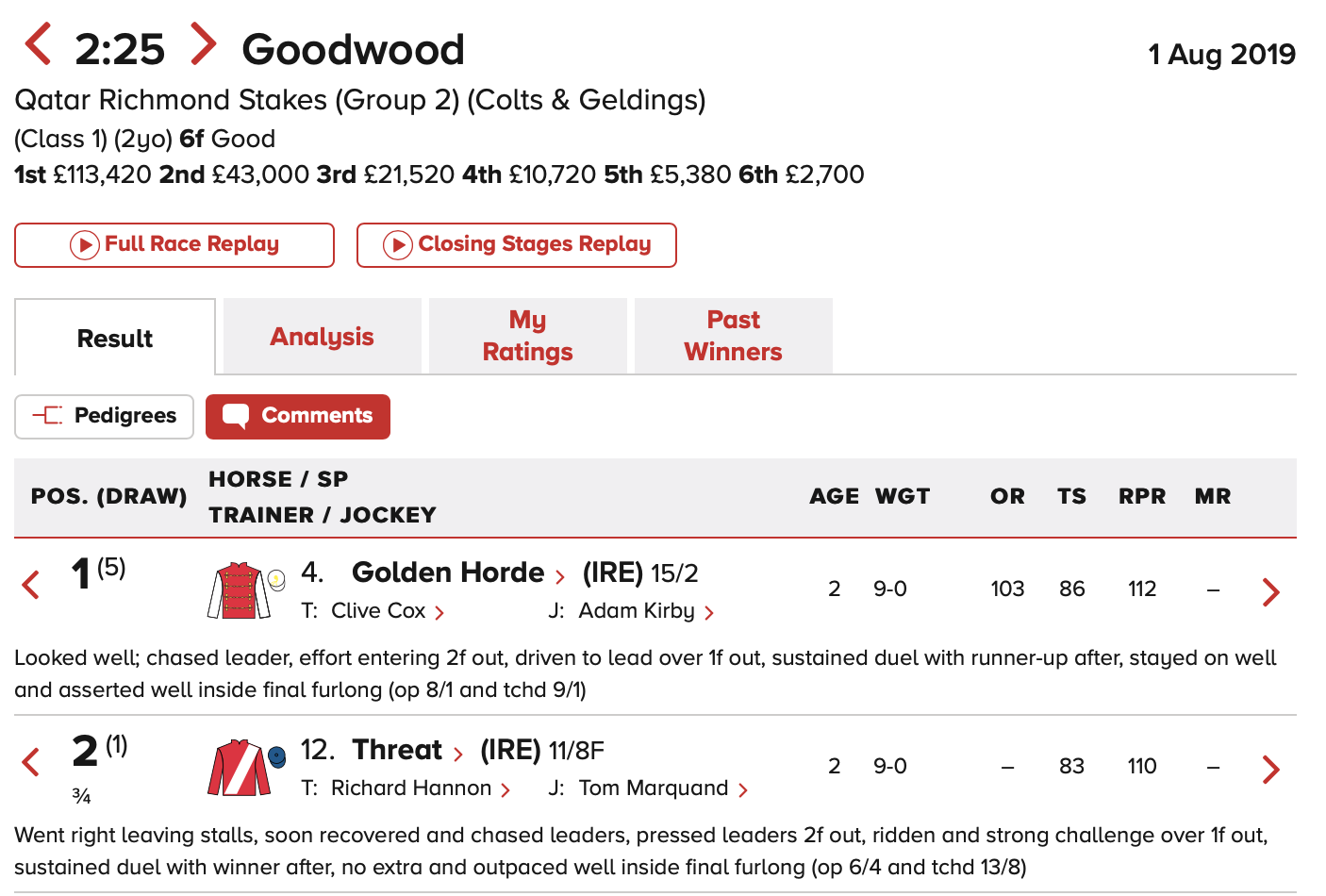 THREAT went on to win his next two races, including the Gimcrack at York and the Champagne Stakes at Doncaster.

The pair met again in the Middle Park, where THREAT was again expected to beat GOLDEN HORDE, the market calling it 8/1 THREAT, 16/1 GOLDEN HORDE.

Neither were expected to beat EARTHLIGHT, the best juvenile colt in France, trained by Andre Fabre but it was GOLDEN HORDE who very nearly spoiled the party, failing by just a neck to hang on, with THREAT beaten more than three lengths back in fifth place. 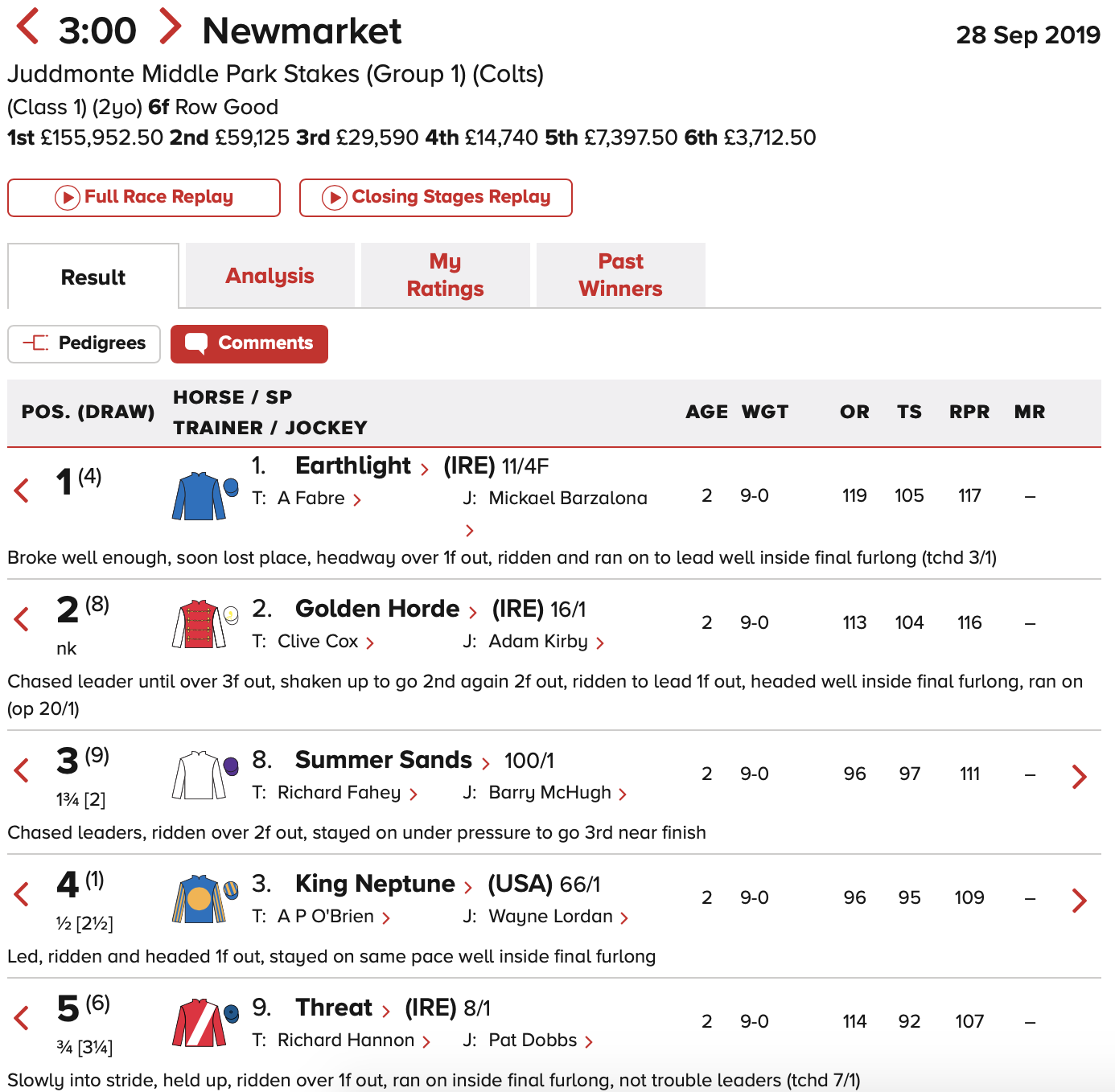 If they get Royal Ascot on, spectators or no spectators, then I expect this Cox sprinter to be a real contender for the Commonwealth Cup.