I just love a sprinter, that is improving with age and this mare most definitely looks one of those. 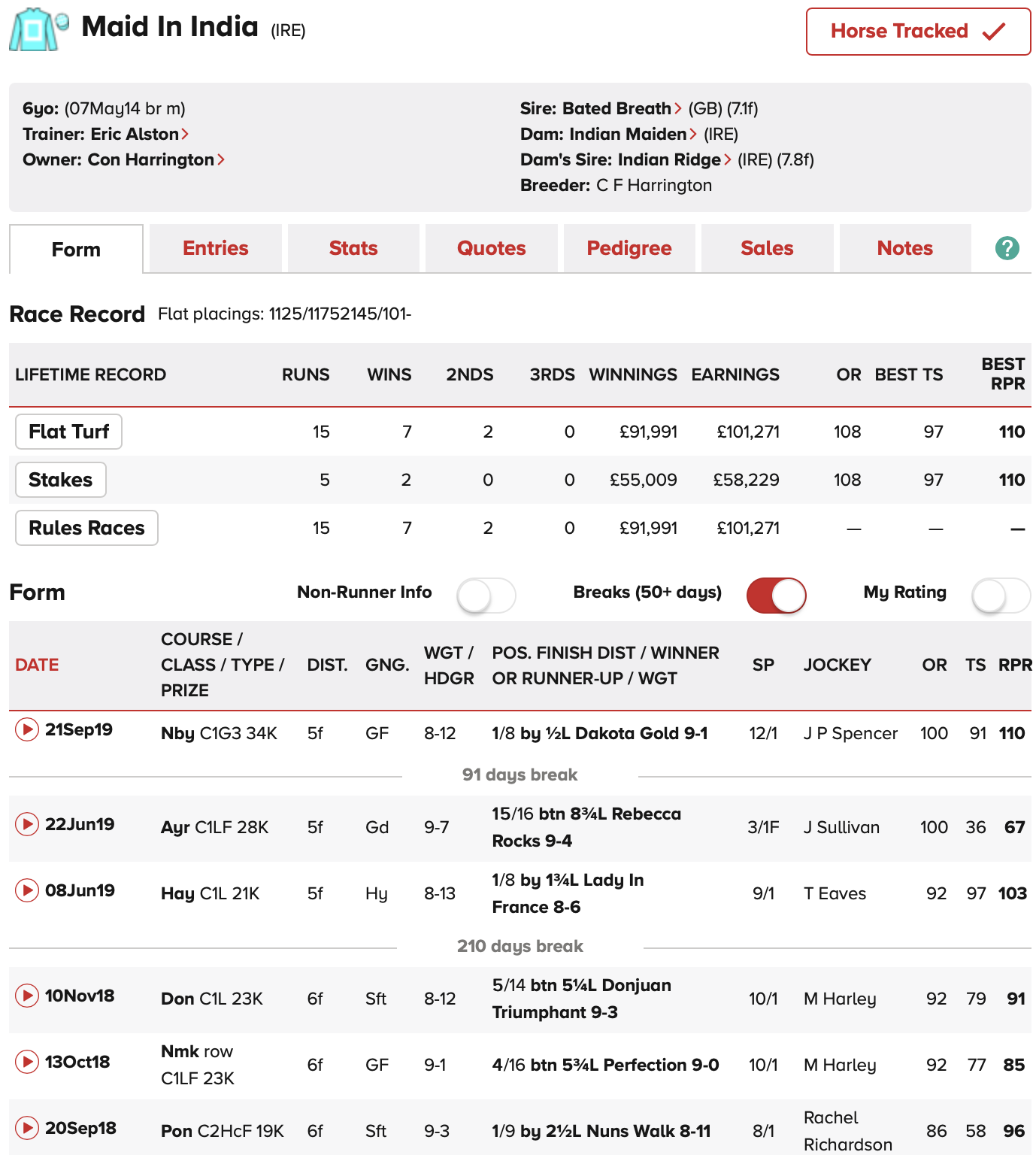 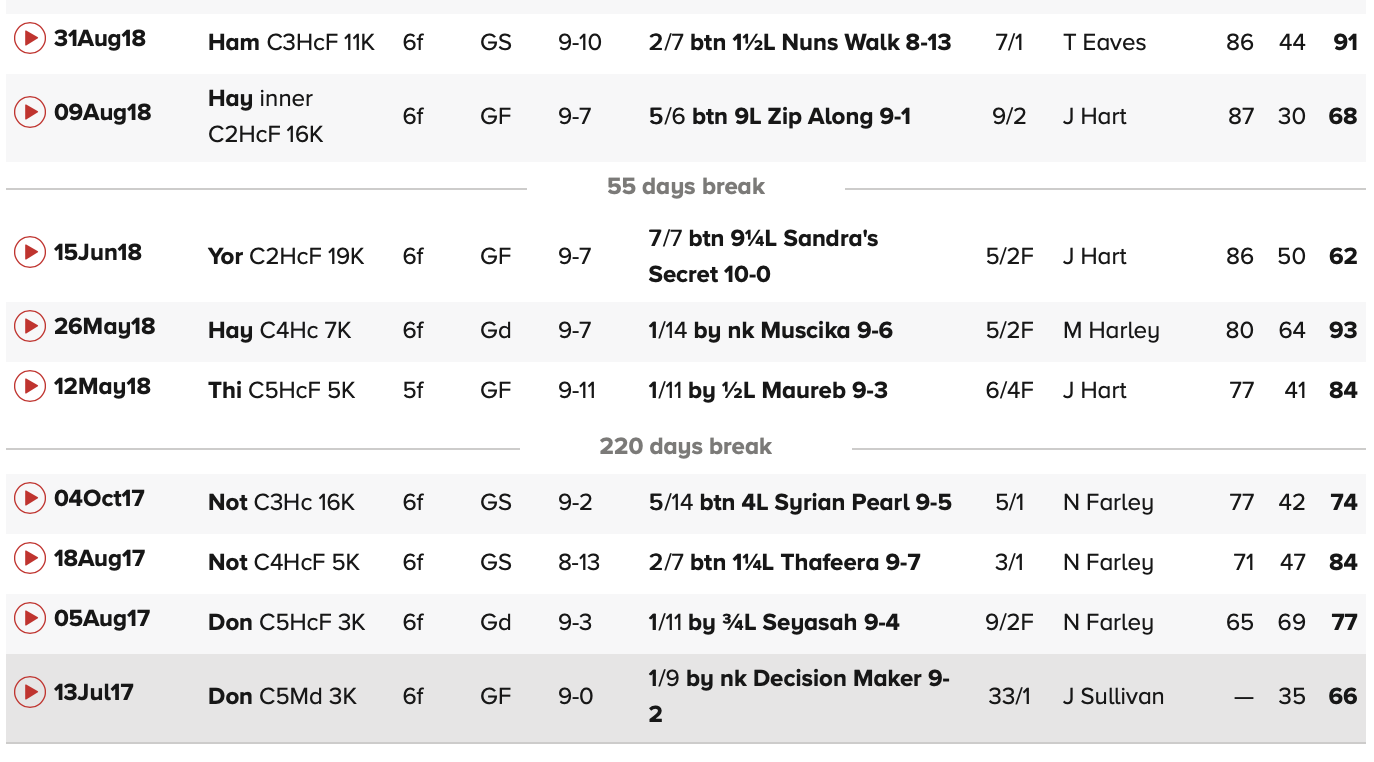 The winner of seven and runner up in two of her 15 races to date, a couple of things can be deduced from her form as she has got older, and risen in Class.

She didn’t start racing until she was a 3-y-o but after breaking her maiden on debut she was then thrown straight into an all aged handicap, which she won. Her form then started to fail and after two more runs, she was given a good break.

She came back as a 4-y-o and again won two on the bounce, before again going backwards and finishing last of seven, a well beaten favourite, at York.

The break after that, of 55 days, was not enough and whilst she performed well enough, she only managed to win once more.

Another lengthy break saw her return and win a Listed event at haydock, very easily, before going back to the track less than two weeks later, and running a stinker.

They gave her three months off, after which she came out again and beat DAKOTA GOLD in a Group 3.

That runner up had arrived in sparkling form…. 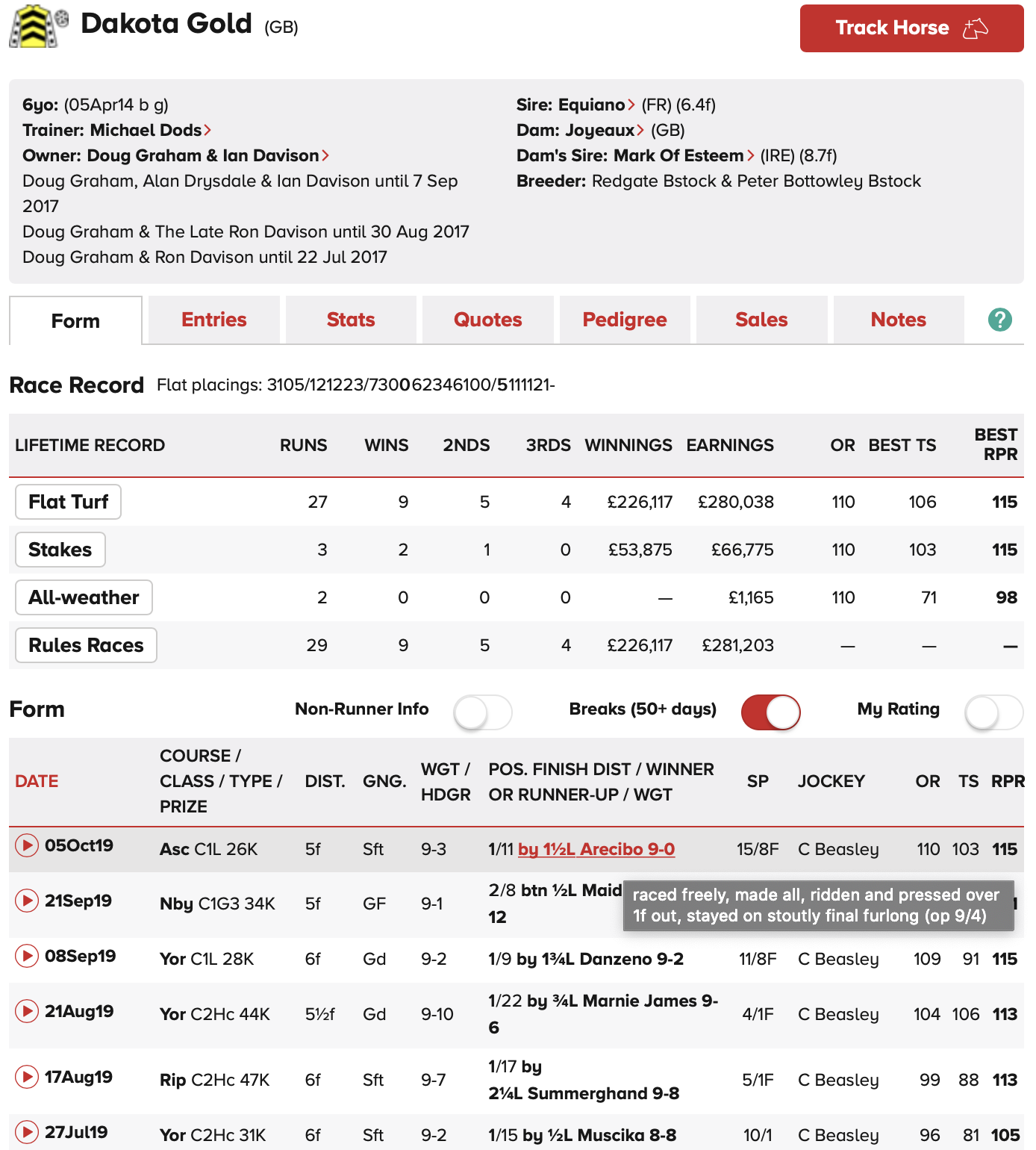 You can see for yourself how upwardly mobile the Dodds horse had been before that defeat, and that he then won a Listed race easily at Ascot.

In the race won by MAID IN INDIA, the 2nd, 5th and 6th have all come out and won next time, with EQUILATERAL, the well beaten sixth placed horse (who went off 7/2 second favourite), being aimed at the King Stand at Royal Ascot this season.

Eric Alston knows exactly how to train a sprinter but because he’s less “fashionable” you will get a price about this horse, when she takes on those from the bigger yards.

She has won on good to firm, good, soft and heavy and it was felt she need give in the ground to show her best. I just think it’s a case of race, win, lengthy break, race, win.

Already in my tracker.