One trainer has really caught my imagination and that’s James Tate. He has purchased the stables previously owned by Alan Bailey and but for this current situation I believe he’d have had his best season ever.

This horse will be the yards leading light this season (when it gets started), and you’ll see FAR ABOVE in all the big sprint races. 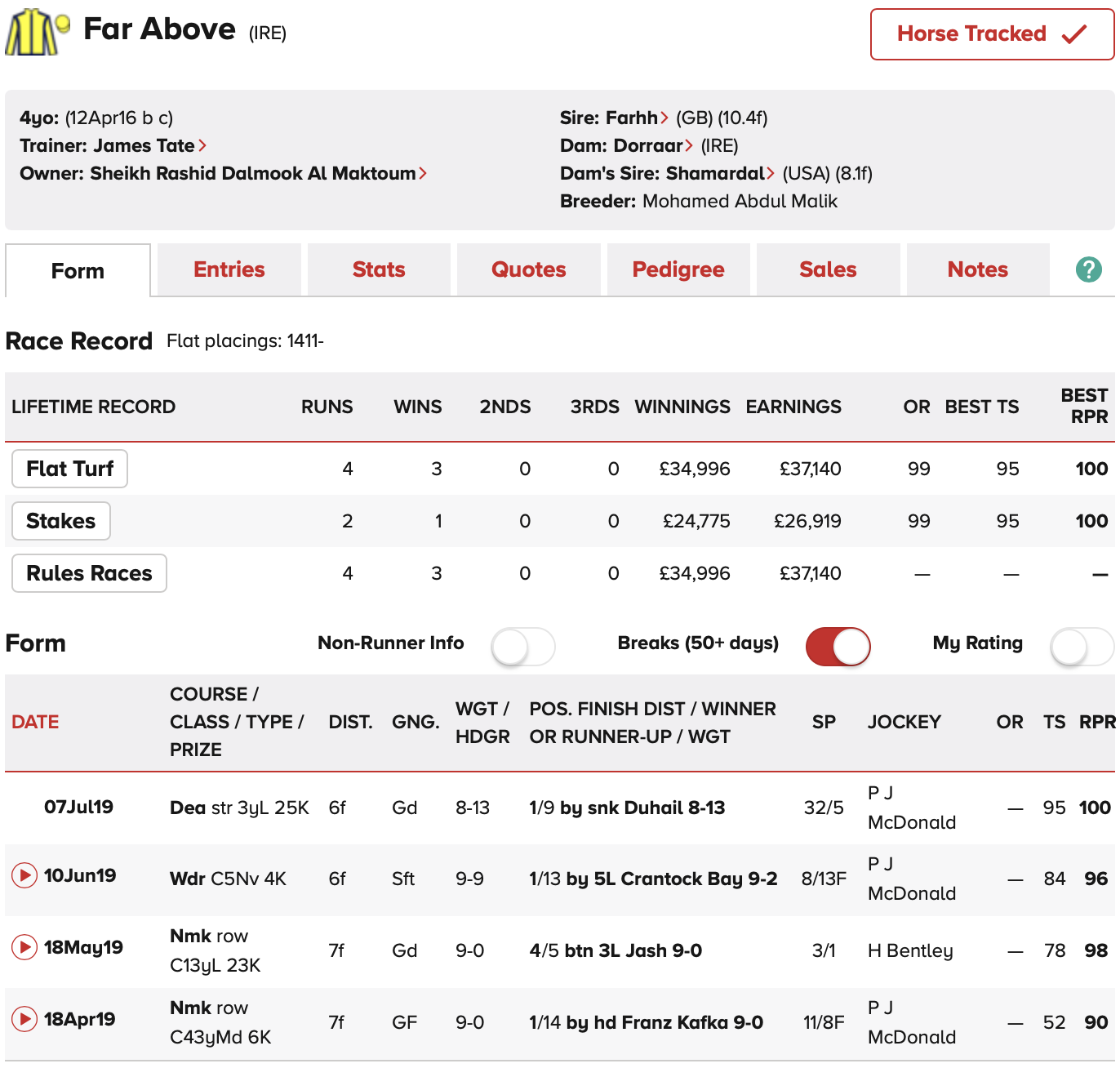 I have had him in my tracker since he won that race at Deauville by a short head. He clung on by the skin of his teeth and want to see how he gets on over five furlongs.

He won a seven furlong Class 4 maiden on debut but only just. Next time out, in a better race, he got found out at that trip and so next time, they dropped him in Grade and trip, and he bolted in by five lengths.

Mid summer they whizzed him over to France for a Listed race, again over that slightly shorter trip and as I say, he got home….just….another stride, he’d have been beaten.

My guess is they’ll now go five furlongs with him and let him use his speed, rather than try to suppress it and get a win over further, at the higher levels.

Get him in your trackers!