No handicaps waiting for this one! This could be this seasons Derby winner….if we get a Derby!

I had a “roll the eyes” moment a few days ago, when a member e-mailed me, asking for my opinion on the Daily Mirror 10 To Follow. I just knew one or two of those would be in my 20 so, let’s get the best of them out of the way right now.

Dave Yates and I will not have been alone is spotting this one, who was sent to Wolverhampton to make his debut, on December 7th last year.

He was well fancied to win, going off the 6/4 favourite, but it was the way he did it that had me popping it in my tracker.

He took it up just after two out and absolutely bolted clear, beating a Hugo Palmer horse by nine lengths. That runner up, ZORAN, arrived with racecourse experience and was also well fancied, going off at 9/4, having opened up 5/2.

He cost 600,000Gns out of Book 1 in 2018 and is a half brother to the winner of the Arc last season, WALDGEIST and is no way going anywhere near Wolverhampton, this season! 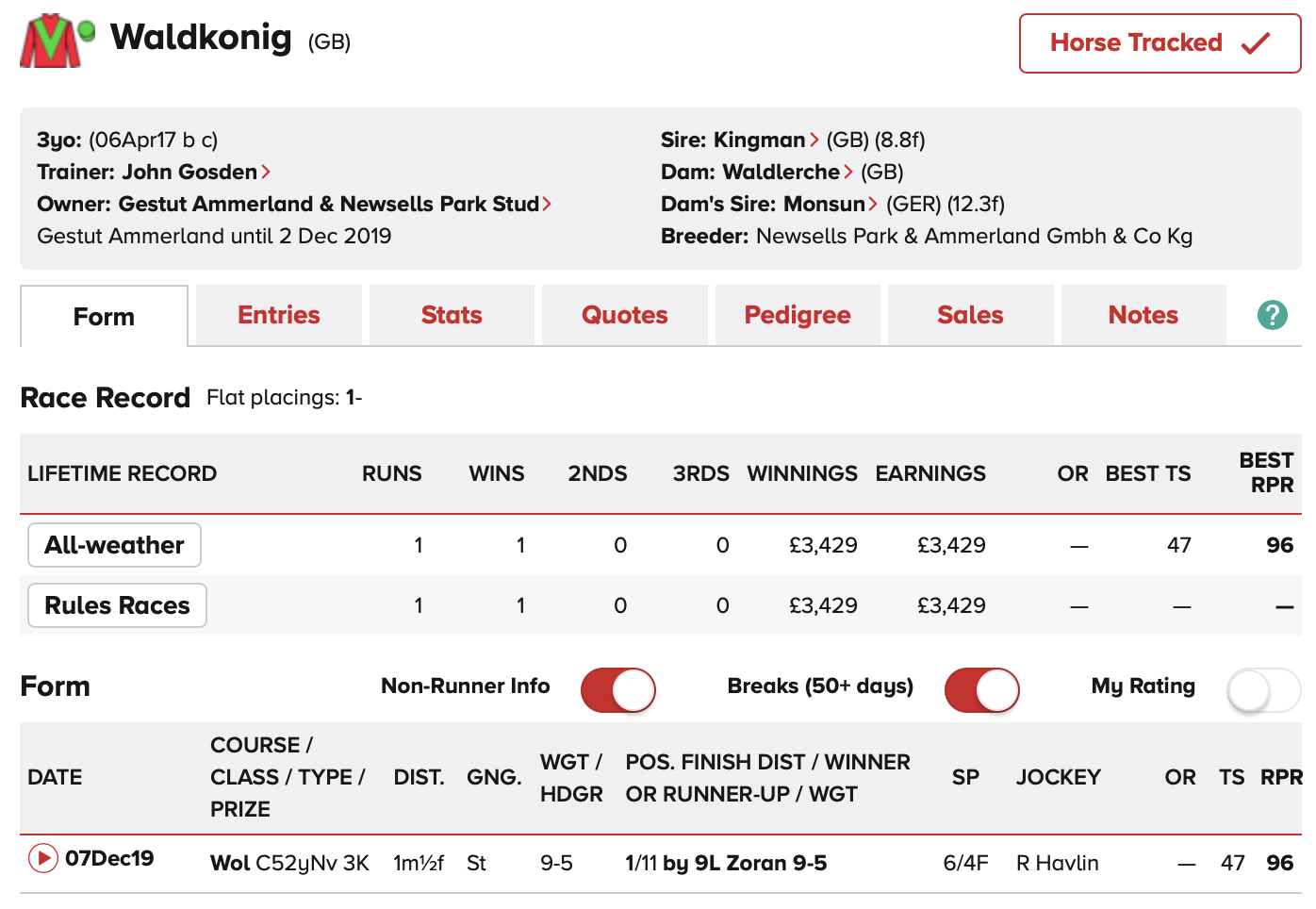 ….then look at the RPR of PINATUBO, which was achieved on debut:

Both made debut at Wolverhampton….all weather racing is pants at the best of time but the bigger trainers do use it to blood decent horses!….but, WALDKONIG produced a figure 9lb superior to that of PINATUBO, who ended the season unbeaten and trading 10/11 for the 2000Gns, whilst you can get….or you could have done….20/1 about the Gosden runner.

Both horse are clearly serious pieces of kit and I’d rather have had 20/1 to a 20/80 WALDKONIG, than odds on about PINATUBO.

I cannot wait to see both horses this year and I hope we do get a Derby!