We all know Haggas has a passion for York and it’s interesting to note that this horse has made two trips to that track, won both….and both over 1 mile 6 furlongs. 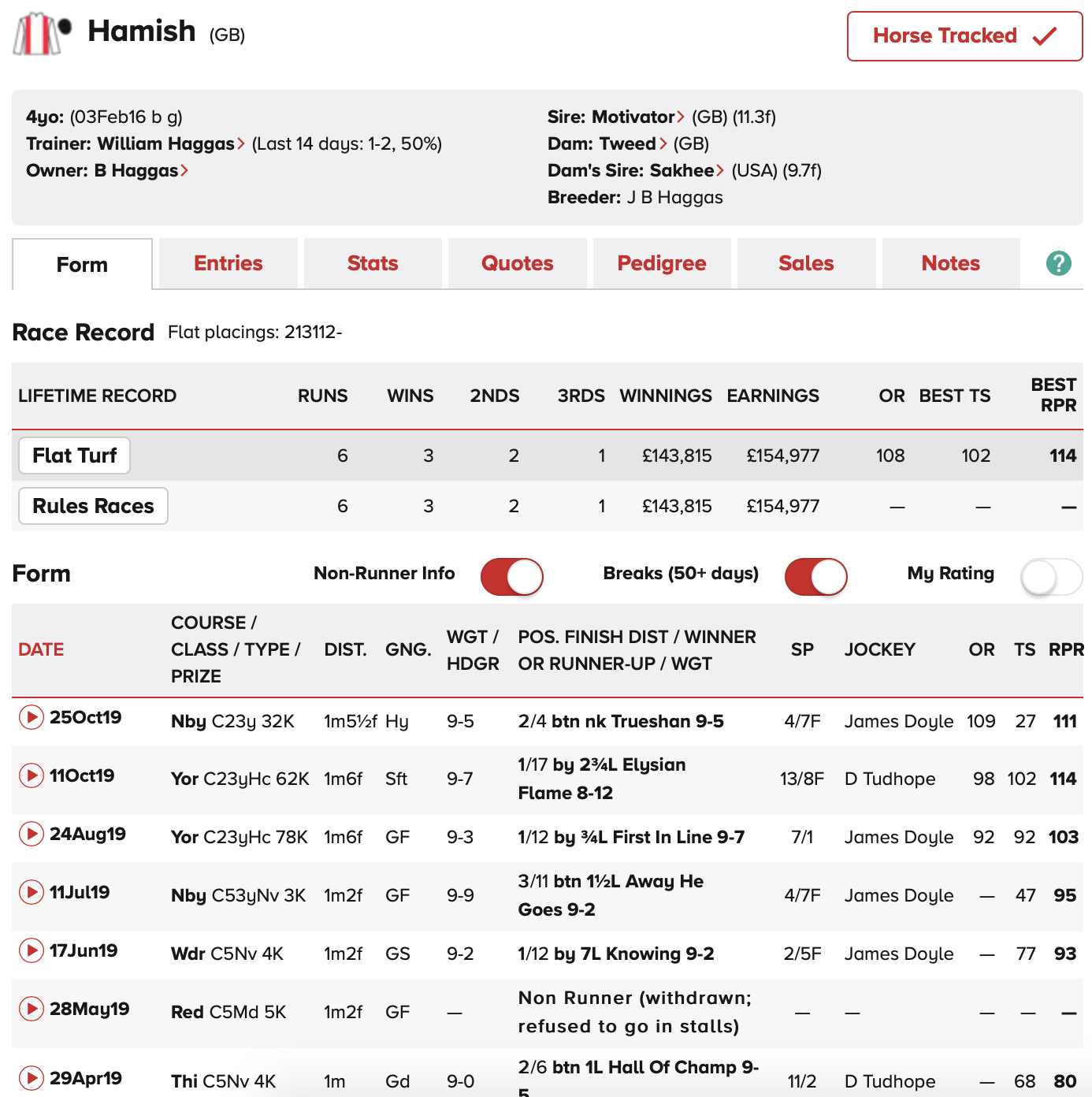 Most definitely a York “specialist”, as you can see. What you can also see is how consistent he is. Six runs, three wins, never out of the first three.

When he won the Heritage Handicap on August 24th last year, he did it in a time that would have seen him win eight of the last 10 runnings of the Ebor and whilst that’s all theoretical, as races will have been run differently, it tells us that he has improved bundle for stepping up to that trip and come mid-August, if we get an Ebor, he’s got a great chance of becoming the first four year old to win it since TIGER CLIFF in 2013.

In that race he had the Sir Mark Prescot trained LAND OF OZ back in third. That horse arrived that day having won four on the bounce, and went on to win his next two afterwards. Three weeks later, the horse that finished fifth, JUST HUBERT, went up to Musselburgh and won the Edinburgh Cup.

It’s just form to dance with.

The ground had gone seriously against him when he got done a neck at Newbury in October (although absolutely no disgrace losing to TRUESHAN anyway), and a dry summer will suit him perfectly.

I’m thinking that meeting, and that race, will take place and I will be on.