The Clive Cox trained colt made debut on June 26th last year and was “expected”. He went off the 6/4 favourite and beat eight others by five lengths and more. 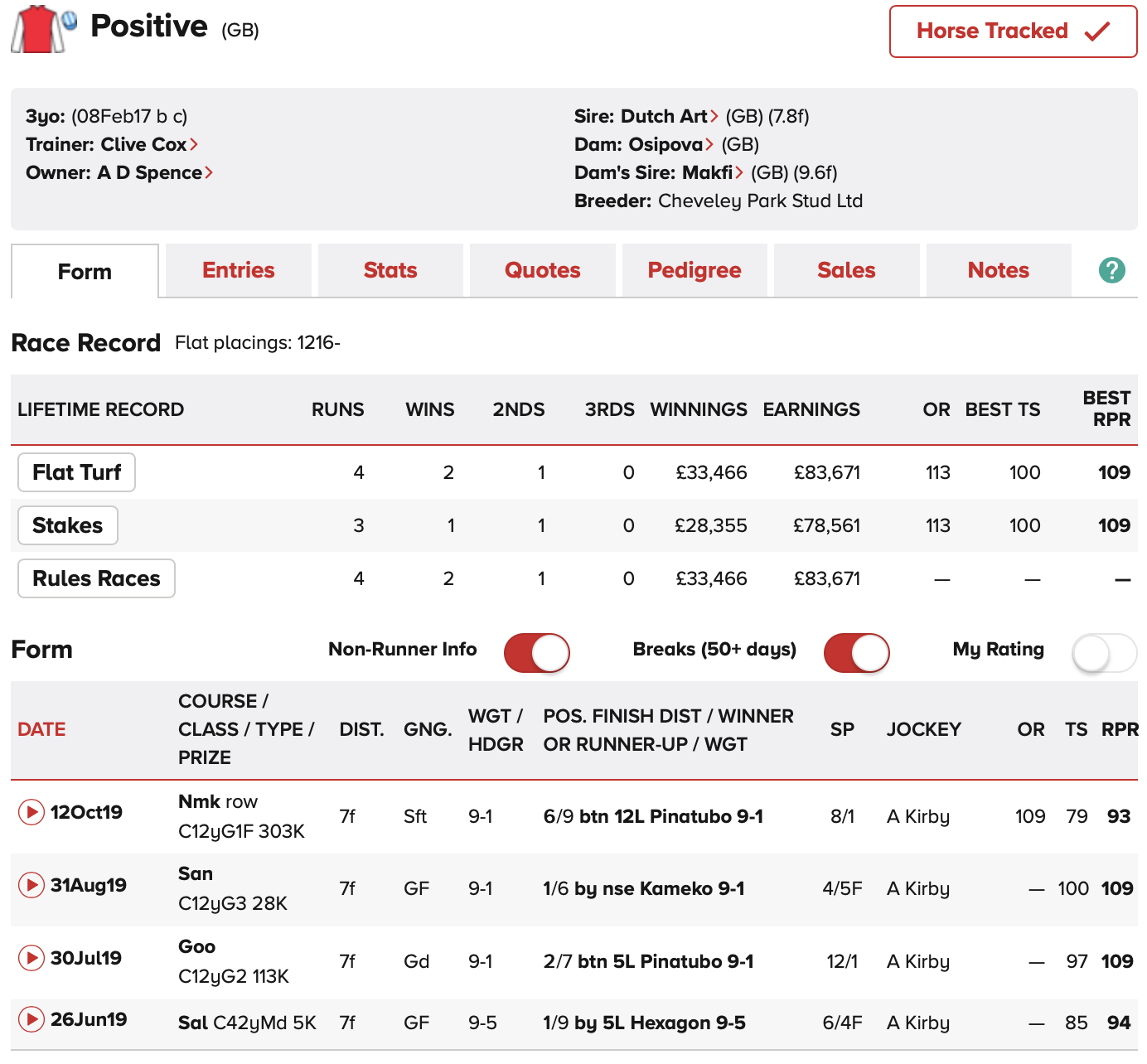 The runner up and third placed horses have won since that debut run and, next time up he ran into PINATUBO, who was having his fourth racecourse appearance in the Group 2 Vintage Stakes at Goodwood. Class 4 to Group 2 just caught him out….that and the fact he faced a superstar!

He was beaten a comfortable five lengths but, he had decent horses in LOPE Y FERNANDEZ and VISARI, five lengths and nearly four lengths further back in third and fourth place.

The first named was a winner of a Group 3 at the Curragh next time out and this form is superb.

Next time out POSITIVE beat KAMEKO by a nose in the Solario and that Balding trained horse went on to with the Group 1 Futurity by over three lengths.

You can ignore the final run of the season because he quite simply didn’t handle the soft ground and he finished sixth in the Dewhurst.

After that race the Stewards asked Cox why the horse had performed so badly (he had gone off third favourite), and Cox said he couldn’t explain it.

Watch the race back and you can see the horse hated that ground. He had drifted right before coming under pressure a long way out and his number was up long before PINTUBO put 11 lengths between him and POSITIVE.

If we can put a line through that run then the only horse to beat POSITIVE last season is the horse that was 10/11 favourite for the Guineas through the winter.

Cox reckons he’s one of the best juveniles he has ever had and his breeding very much indicates better to come as a three year old.