I’d suggest that two trainers I like following most are Haggas and Roger Varian and, with the last named, I particularly look out for his juveniles being run in October.

When he sends them racing on all weather surfaces, he comes in with a near 25% strike rate….11-45.

In October last year he sent a filly to Newcastle that was not expected to win. 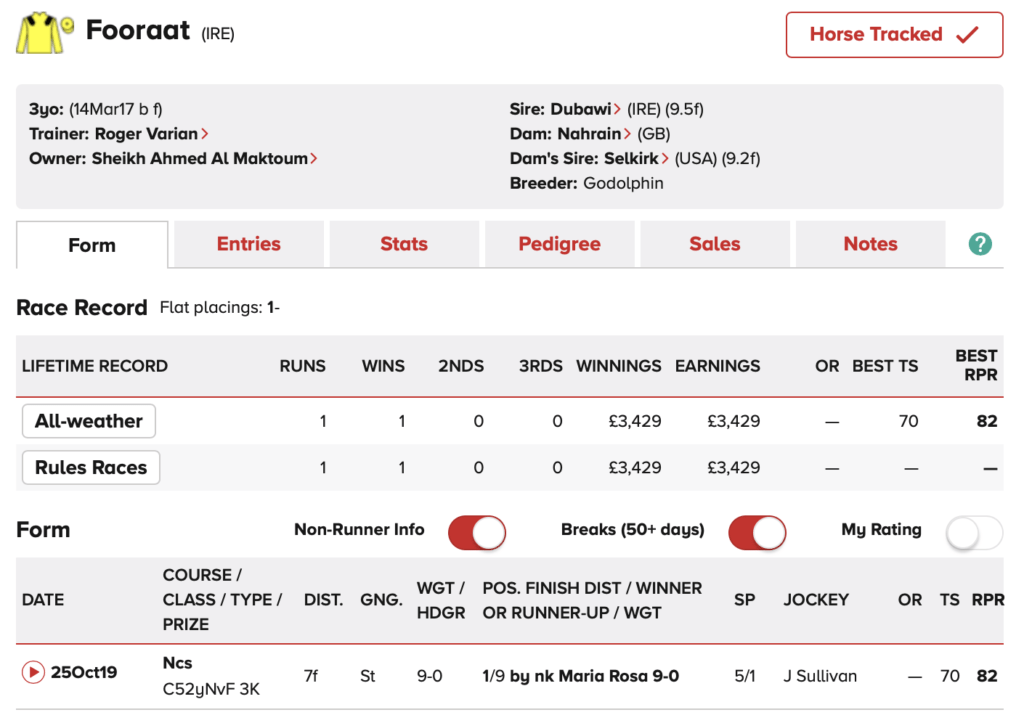 It looks like she failed to read the script that night as she beat the long odds on Gosden filly, MARIA ROSA (sister to NYQUIST, the winner of a Kentucky Derby), by a neck, with the vastly more experienced TULIP FIELDS of Mark Johnston’s, well back in third. 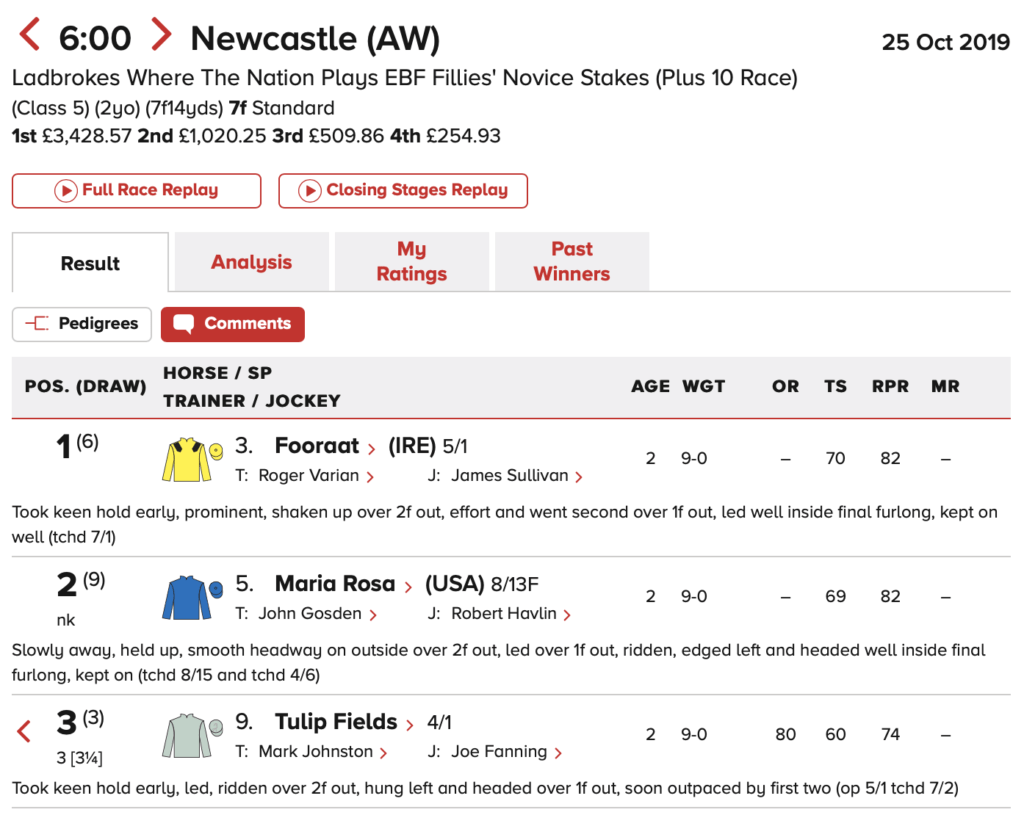 She is a full sister to BENBATL, who has gone on to win nearly £6,000,000 in prize money and, who started his 3-y-o season off by winning three of four in Meydan, coming home second in the other.

She is from a family Varian knows very well, being out off the mare he trained to win 2011 Prix de L’Opera, NAHRAIN, Varian’s first ever Group race winner.

I expect this filly to be top class at up to 10 furlongs and I guarantee she will never race at Class 5 on an all weather surface again!

Remember the name of the runner up, too….MARIA ROSA might just have bumped into one that evening.