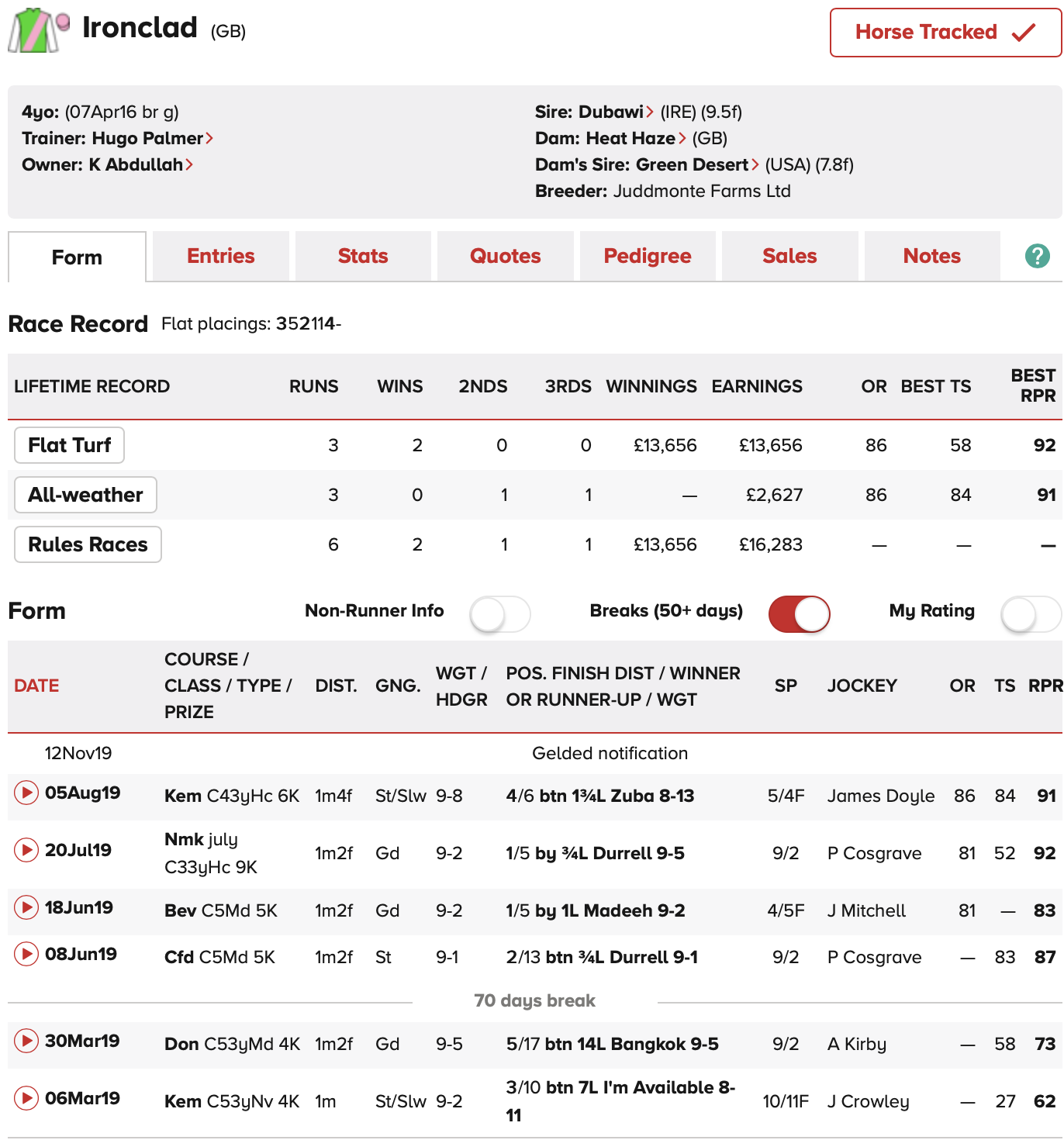 I’ve completely ignored that run on the all weather and simply see a horse that was progressing with every run before they did that with him. They put him away after that, had him gelded in November and I see him running in all the decent handicaps over 10 furlongs.

He has been a beaten favourite twice on “sand” so if they ever put him on that stuff again, you know what’s most likely going to happen.

His first run on turf as a 3-y-o saw him beaten 14 lengths by BANGKOK, who was then beaten 12 lengths in the Derby and ran second to JAPAN in the King Edward VII Stakes at Royal ascot.

IRONCLAD has plenty of improvement in him as he matures (don’t forget, a racehorse is not fully mature until he reaches the age of five), and I’ll be stunned if he’s not rated at least a stone higher than 86 come season end….if it starts.