I’m sticking with my 20 To Follow for now as I’m enjoying watching these races back and remembering why I wrote down these names.

Ran four times as a juvenile and ran an absolute belter on soft ground at Royal Ascot, when just touched off by A’ALI, despite losing a shoe. 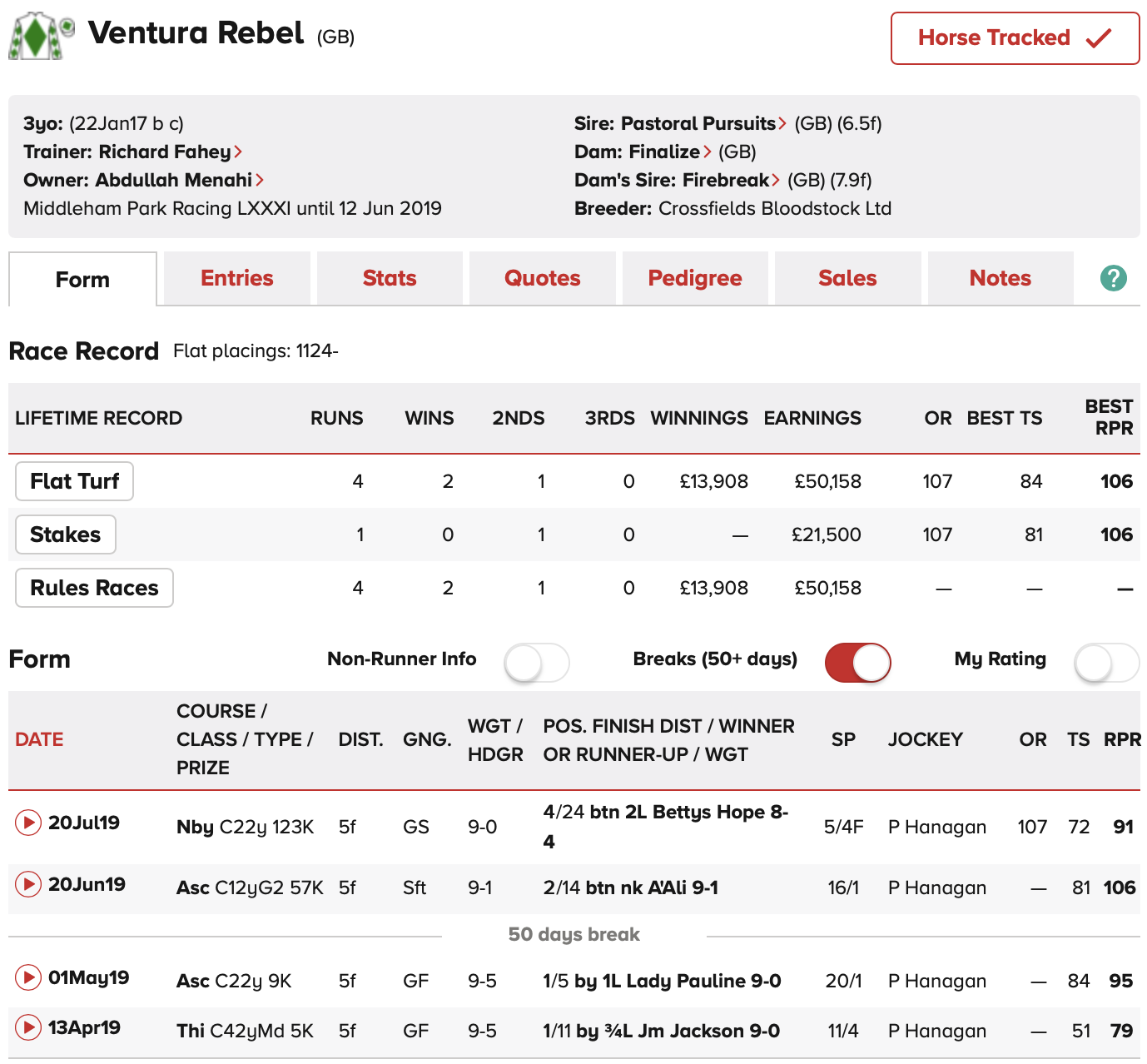 He was then made a very short priced favourite to win the Super Sprint at Newbury but could only manage to finish fourth of the 24 runners that day.

Two things transpired against him that day though, First, he was drawn low, alongside another from the Fahey yard that finished third. they were in boxes six and seven. The horse that finished 1st, 2nd, 5th and 6th were drawn 25, 21, 23, 24.

VENTURA REBEL was also injured during the race and was not seen again. The horse that beat him at Royal Ascot then went on to win the Flying Childers before being sent to the Breeders Cup. You can bin the form of A’ALI that day because he was given a coffin box of a draw….anything drawn high at Saratoga might just as well stay in the barns because it’s harder to win from a double figure draw there, than it is at Chester!

These formlines look solid to me and having just had the four runs and being a sprinter, I can see a whole lot more to come.

He has since changed hands, too, Middleham Park cashing in their chips for their syndicate members, as they do when they get hold of a good one.

Already in my tracker, get him in yours!