The first four home will all win races this season but, the horse I’m most keen on, is TSAR. 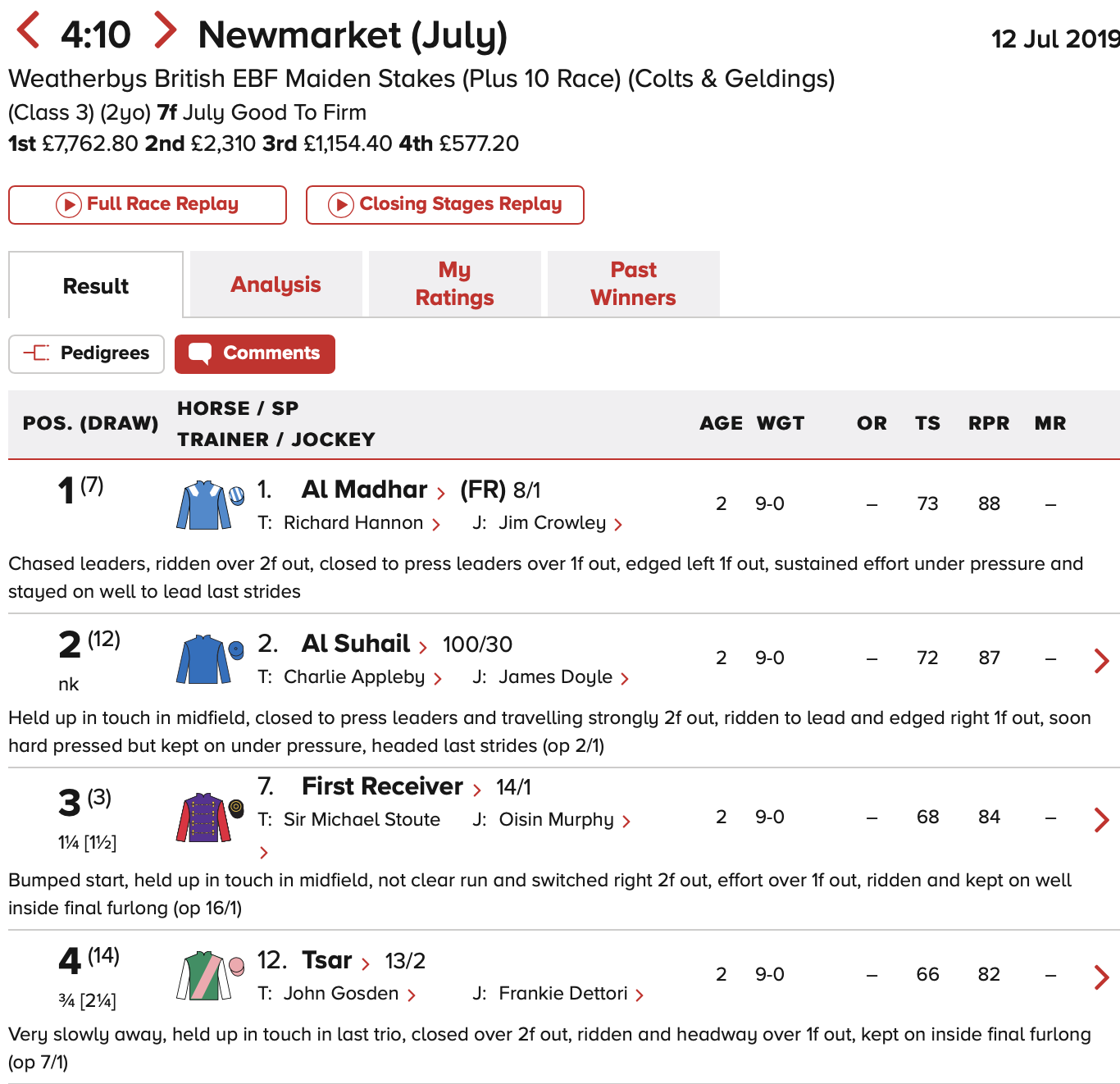 He missed the break very badly and was given time to get his act together. He finished this race off as well as any. 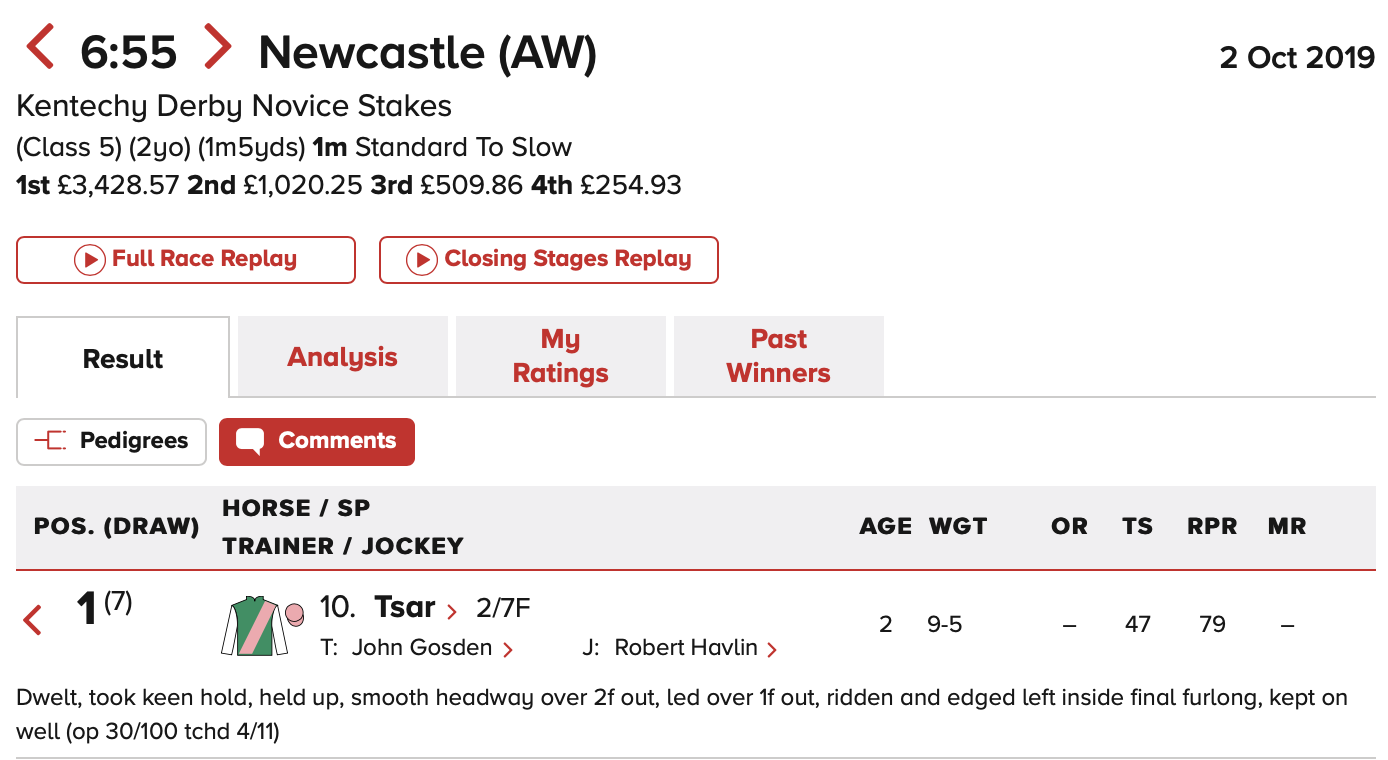 He won this in a canter and was then put away to wait for his 3-y-o career.

You’ll note that he was again slowly away but down two Grades, it was never going to be an issue.

He has been well “educated” as a juvenile and the form of that Newmarket race is top drawer.

The winner’s trainer, AL MADHAR, has been quoted as saying the figures for this race are unbelievable and he may well be proven right.

The collateral form is building. 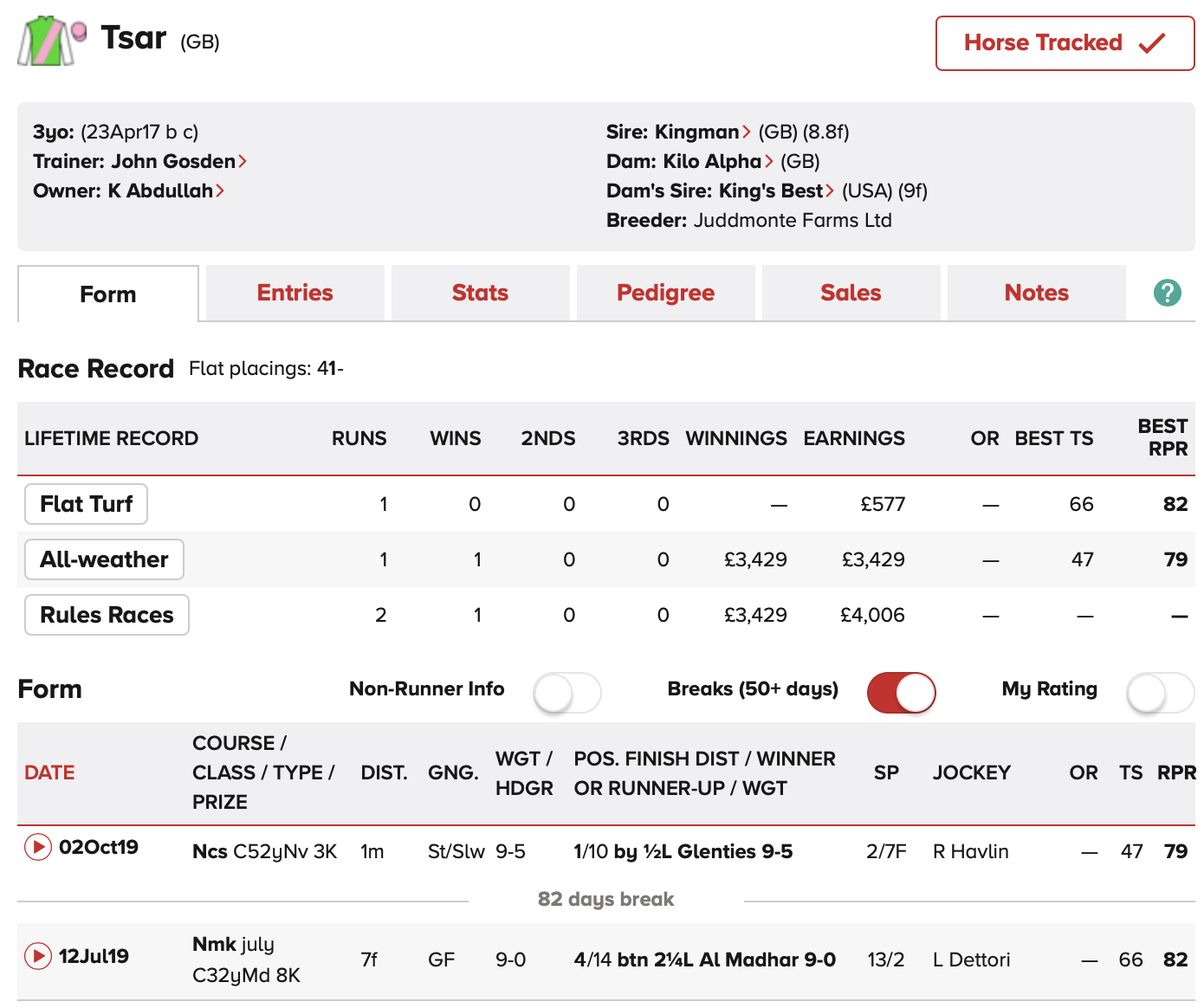 Already in my tracker!