A cracking good maiden fillies race was run at Doncaster in October and it was won by a Haggas trained filly. He also trained the fourth placed home but it’s the winner I’m interested in. 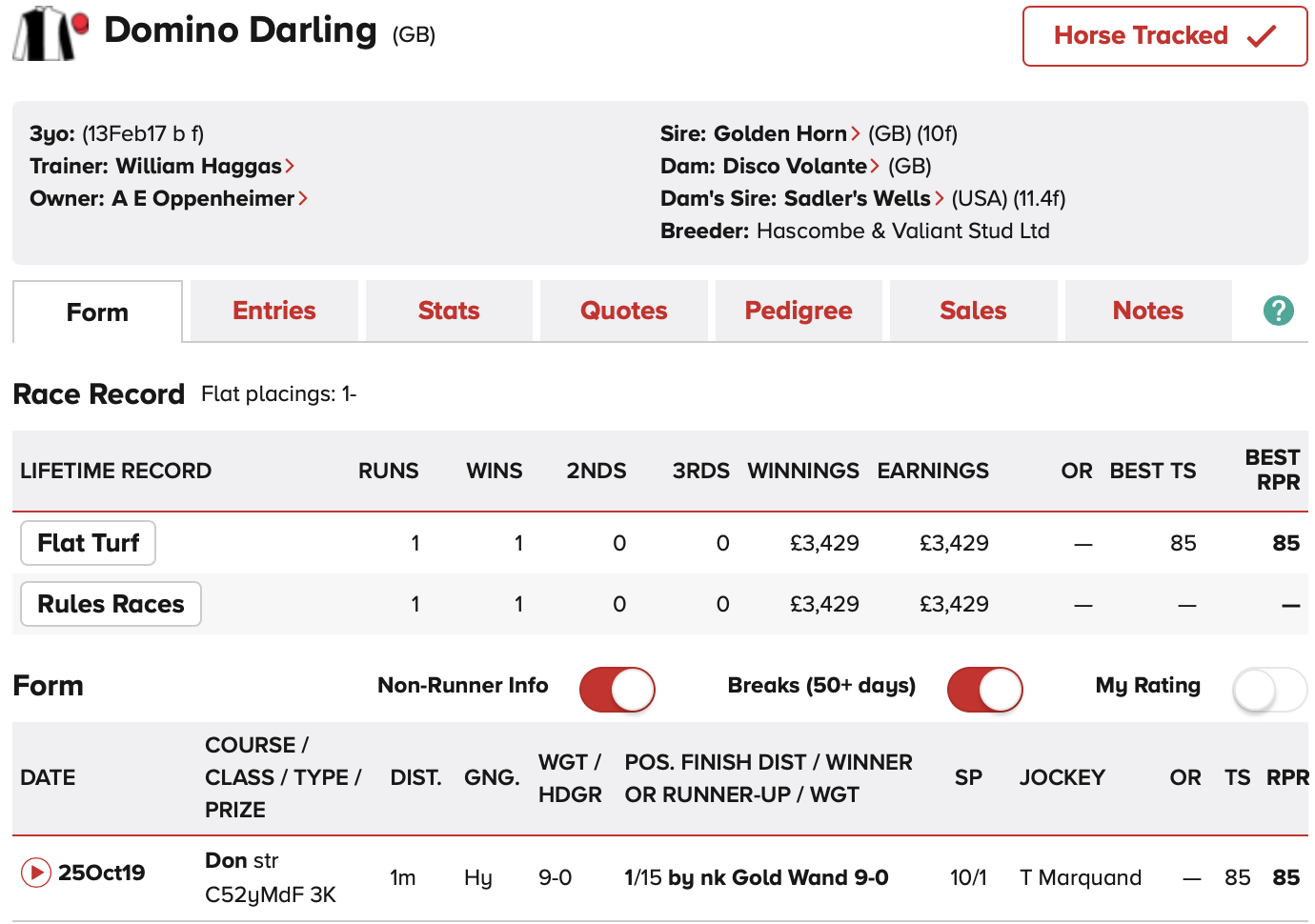 The one he trains that finished fourth, LADY G, was, if the market was to be believed, the more fancied and a Roger Varian trained filly, GOLD WAND, was more than expected to win the race. She went off the 6/4 favourite but was held by this winner….just.

There was more than four lengths back to the third placed horse, WONDERFUL TONIGHT. 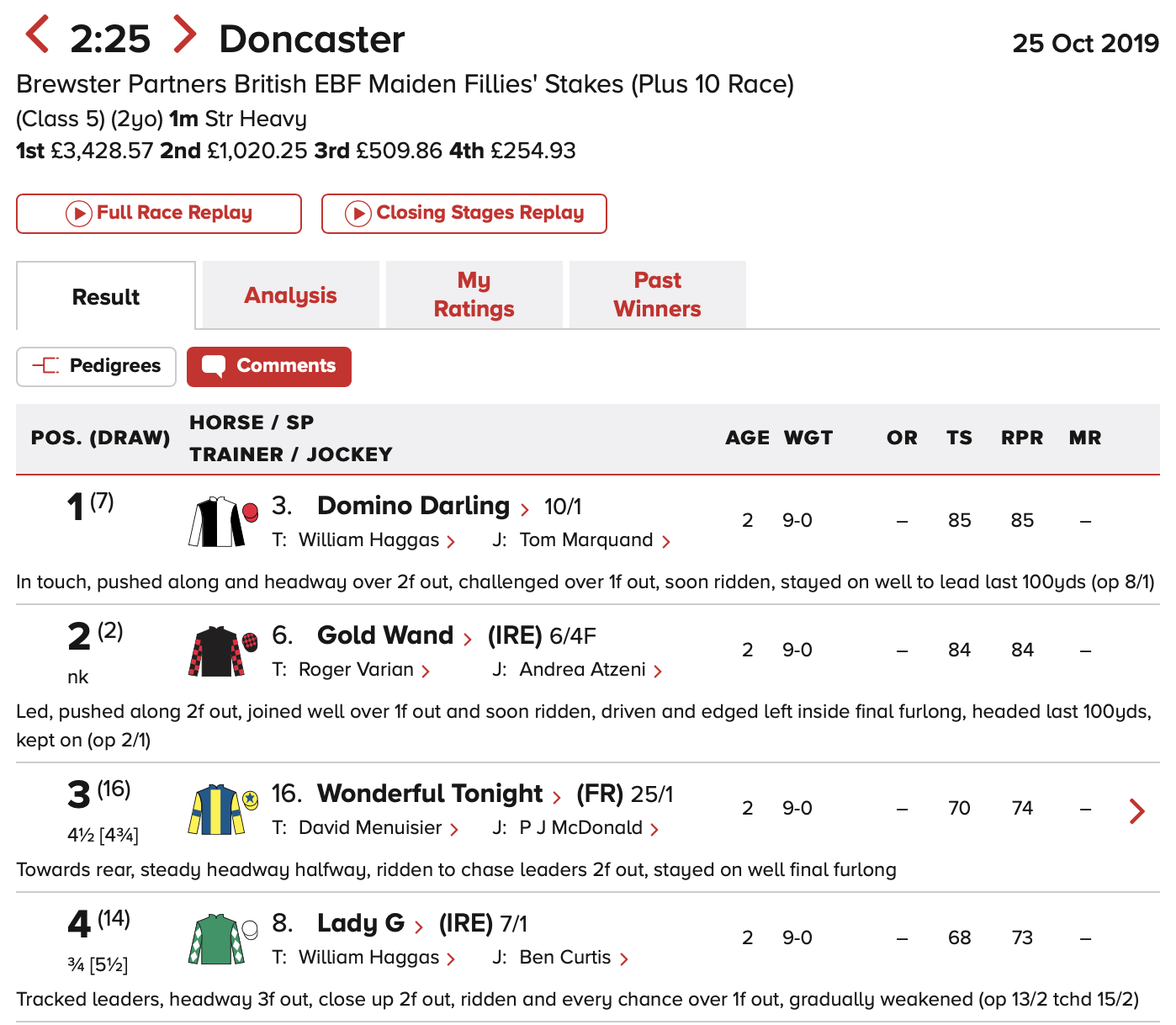 WONDERFUL TONIGHT is the only one of those four to have gone racing since. She was sent to France and duly landed a £12k to the winner 10 furlong fillies race.

DOMINO DARLING is bred to win an Oaks because if she’s as good as her dad, GOLDEN HORN (same owner, too), she could well do so.

I again expect all four named in that last screenshot to win races this season but it’s DOMINO DARLING I’m looking forward to seeing again most.