Watching sprinters improve as they get older is something I very much enjoy. This horse has had just seven runs to date and finished last season winning the Portland. 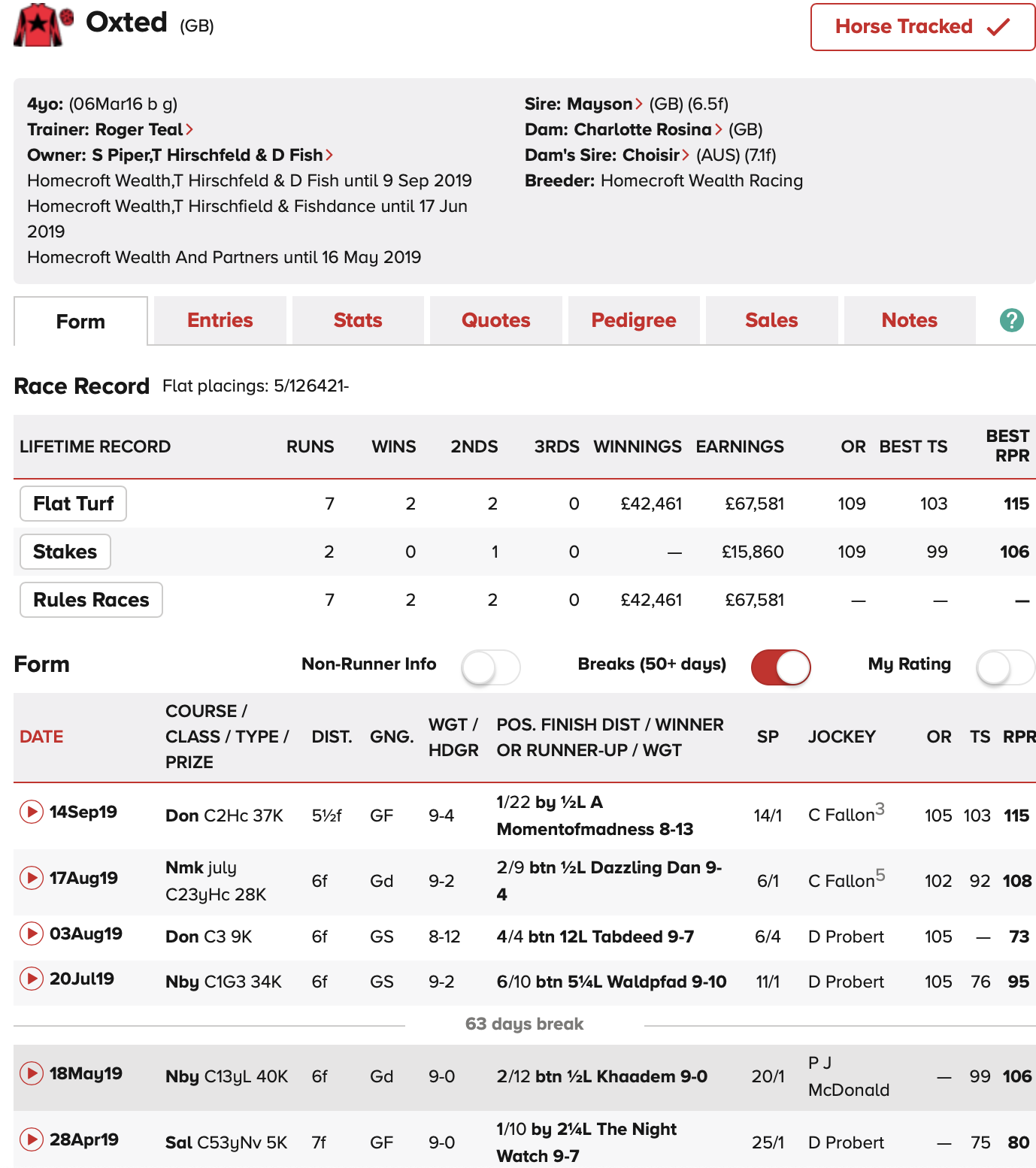 He comes from an “unfashionable” yard and because of that, will always trade bigger than he should.

His trainer, Roger Teal, had 19 winners on the flat last year, his previous best had been 17, but this is a yard very much on the up. Look out for his KENZAI WARRIOR this year, too.

What you need to note about OXTED though, is that he does not like juice in the ground. His form figure on good or quicker read 2, 2, 1 ,1 and on ground with the word soft in it they read 5, 6, 4….so you know to add notes in your tracker, if you can do so.

Don’t forget, he was winning the Portland as a 3-y-o and afterwards his trainer said:

He beat AMOMENTOFMADNESS, seasoned sprinter with 40 runs under his belt. The Charlie Hills horse has won eight and placed in another 11 of those 40 attempts and is no slouch.

Now rated 109, OXTED is not going to be running in handicaps again, that’s for sure!

The Portland was supposed to be won by BIELSA. Trained by Kevin Ryan, he arrived unbeaten in three and went off the 7/2 favourite. He finished 15th and my feeling is the gap between races did for him. Five weeks later he returned to Doncaster and spread-eagled a seriously good field of handicappers.

I’m very much looking forward to watching the rise and rise of Roger Teal….and expect OXTED to win Listed and Group races for him this year.