It’s another Haggas runner and I make no apologies for that! 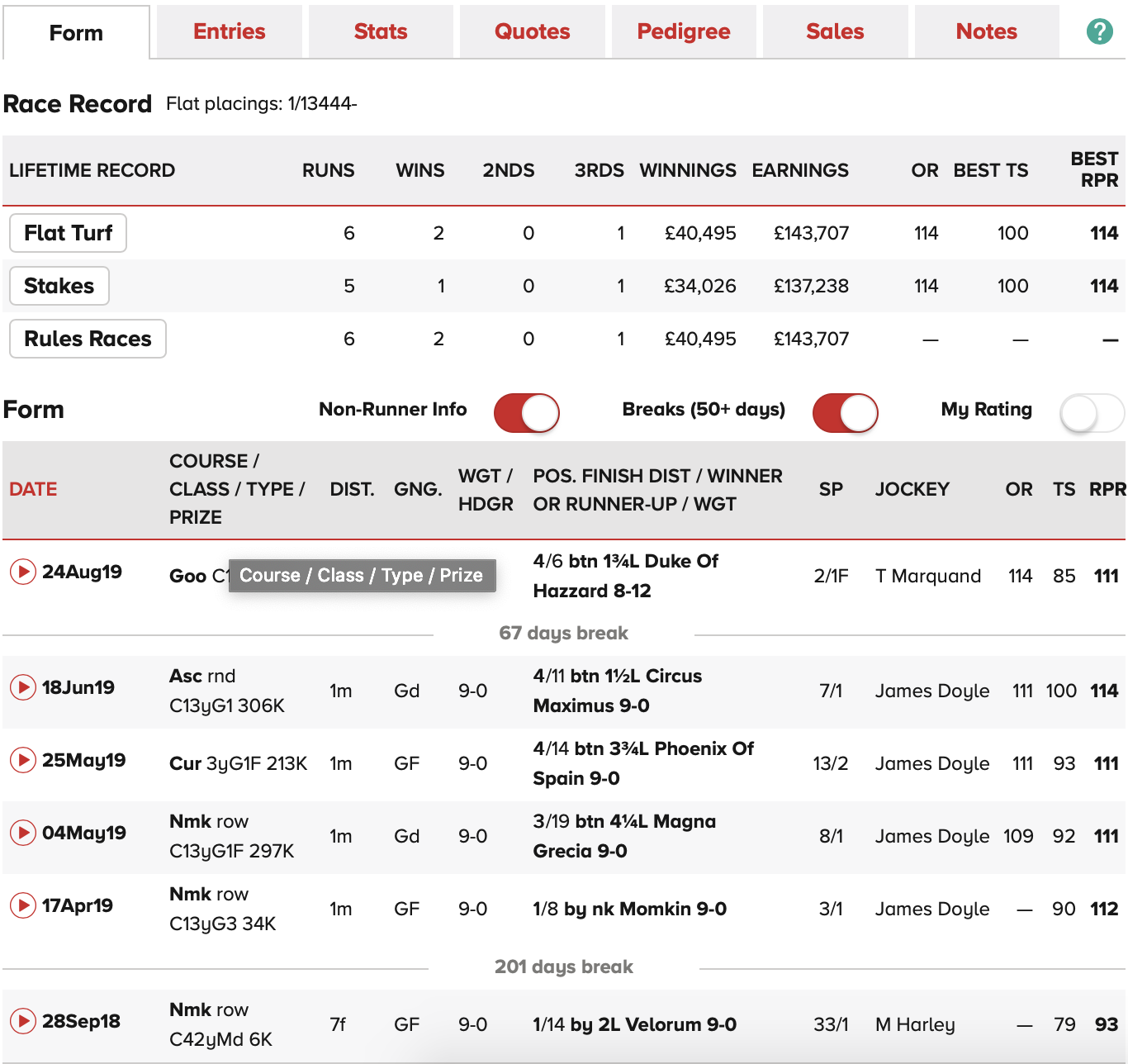 Six runs to date, and he has started each season so far with a win so, a genuine clue in the search for profit there.

He was tried at the highest level last season after winning the Craven Stakes and came up just short. But look at the races he contested….3rd in the 2000Gns, before finishing fourth in the Irish 2000Gns are superb runs. His last run in August can be binned as he was roughed off after that, and missed a scheduled trip to race in Australia.

I understand he has thrived during the close season and is very much considered a Lockinge horse, and he’s the last of the 20 but by absolutely no means the least!